LTI came to our campus on 4th and 5th September 2019 to recruit FTE candidates. About 200 students applied for the drive. LTI was recruiting for two positions. Level 1 and Level 2. Level 2 salary > Level 1 salary.

Round 1: It was an online-based round on mettl platform. The test was 2.5 hrs and had 7 sections.

People who qualified for L1 had to go through a GD and then an HR interview. L2 people were directly called for HR.  No technical round.

Verbal questions were basic fill in the blanks questions. Logical reasoning and aptitude questions were very easy. Questions were like if the selling price of an item is Rs. X and profit on it was r% what is the CP. In LR, we were asked normal IQ questions.

Coding Question: Everyone had a different one. Mine was as follows.

A kid goes to a shop that sells candies and other stuff. All the candies are of the form of some palindrome between a range (m, n) which is provided as input. The kid has a k amount of money. Now the kid can buy some candies from the shop provided that the difference between the max candy that he buys and the min candy that he buys is less than or equal to k. What is the max number of candies that he can buy with k amount of money?

Hint: Use the sliding window concept. Try to maximize the current window.

78 people got called for an interview. Out of that 66 people were L1 selects and 12 were L2 selects.

I was an L2 select, so I directly had the HR interview. Some GD questions that were asked L1 people were like, the significance of AI in the future, China’s global dominance, Live-in relationships, etc.

Round 2: The HR guy was cool. First asked me about the meaning of my name, which I told. Then he asked for my mark sheets and other certificates. He asked me whether I had eaten anything. I said no. We were sitting for about 8 and a half hours; all L1 people finished their interviews and then L2 people were called. He then handed me a sandwich. I was hesitant to accept it and looked blankly at the sandwich. He said, “okay eat it after the interview” and put it aside. He then asked me why I was interested in IT although I was from a non-IT background. Then he asked why LTI? Then he asked If I had any questions for him. I asked about embedded intelligence and what it was and why was LTI investing in it. Then he asked me if I had any further questions to which I asked for his advice for me, a fresher joining LTI. Finally, he told me that I could connect with him on linked in. After that, I said thank you, shook hands, and said goodbye.

After 2 days I got my offer letter for L1. I thank GeeksforGeeks that helped me throughout my preparation process. It’s an amazing platform to learn and practice for interviews. 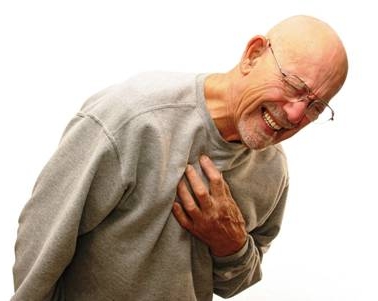