Introduction :
The computer is an intelligent combination of software and hardware. Hardware is simply a piece of mechanical equipment and its functions are being compiled by the relevant software. The hardware considers instructions as electronic charge, which is equivalent to the binary language in software programming. The binary language has only 0s and 1s. To enlighten, the hardware code has to be written in binary format, which is just a series of 0s and 1s. Writing such code would be an inconvenient and complicated task for computer programmers, so we write programs in a high-level language, which is Convenient for us to comprehend and memorize. These programs are then fed into a series of devices and operating system (OS) components to obtain the desired code that can be used by the machine. This is known as a language processing system. 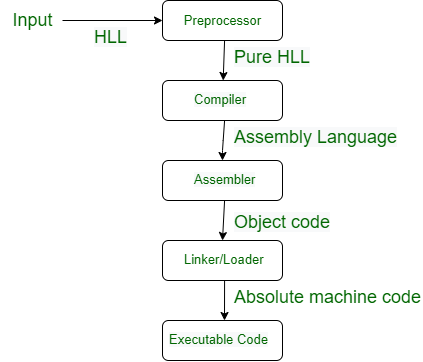 Components of Language processing system :
You have seen in the above diagram there are following components. Let’s discuss it one by one.