A Kite is a quadrilateral in which four sides can be grouped into two pairs of equal-length sides that are adjacent to each other and the diagonals intersect each other at right angles. The quadrilateral is a 4-sided polygon. The figure shown below represents a kite: 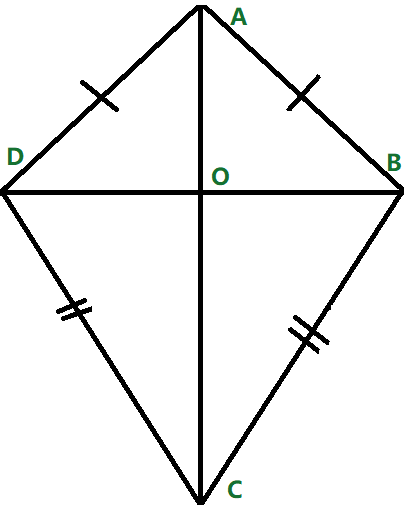 To Prove: The diagonals of kite intersect at right angles (are perpendicular).

In the figure given above, in ∆ABD and ∆BCD

Hence  ∆ABC is an isosceles triangle.

Hence ∆ADC is an isosceles triangle.

Example 2: Find the unknown angles of the given kite. 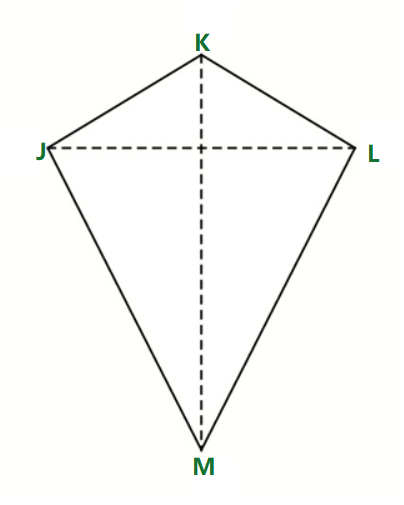 As we know that the main diagonal bisects the kite into two halves.

Also since the sum of all angles of the quadrilateral is 360.

Example 3: The Area of a kite-shaped field is 450 cm² and the length of one of its diagonal is 50 cm. A man wants to cross the field through the other diagonal. Find the distance the man has to travel.

Length of one diagonal = 50 cm

Hence the other man has to travel a distance of 18 cm.