Gustav Robert Kirchhoff was a Russian-born German physicist, his job was investigating electrical conduction. Kirchhoff’s Circuit Law is the combination of Kirchhoff’s Voltage Law (KVL) and Kirchhoff’s Current Law (KCL) which were published in 1845. Circuit analysis is carried out using these laws. They are helpful in the calculation of current flow and voltage flow in various streams across the network.

What are Kirchhoff’s Laws?

This law says that “the total current or charge entering a junction or node is precisely identical to the total current or charge exiting the node, as no charge is lost at the node.” To put it another way, the algebraic total of all currents entering and exiting a node must be zero. Kirchhoff’s Current Law (KCL) is also known as Kirchhoff’s I Law.

Kirchhoff’s (I) law is similar to the Law of Conservation of charge. As a result, a Nord or junction is a point in a circuit that does not serve as a charge source or sink.

Where n denotes the total number of branches at the node with currents flowing toward or away from it. 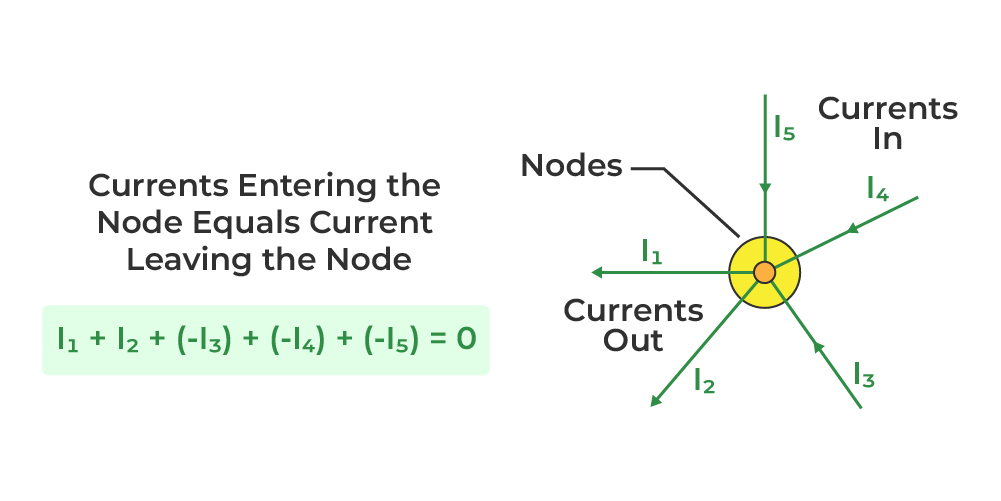 Kirchhoff’s (II) law is similar to the Law of Conservation of energy. Because the net change in the energy of a charge after it completes a closed route must be zero.

Consider a section of a resistor network with an internal closed loop, as seen in the diagram given below. In the closed loop, we wish to write the voltage change. The total of all voltage drops between the components linked in the loop PQRSP is zero, according to Kirchhoff’s voltage law. 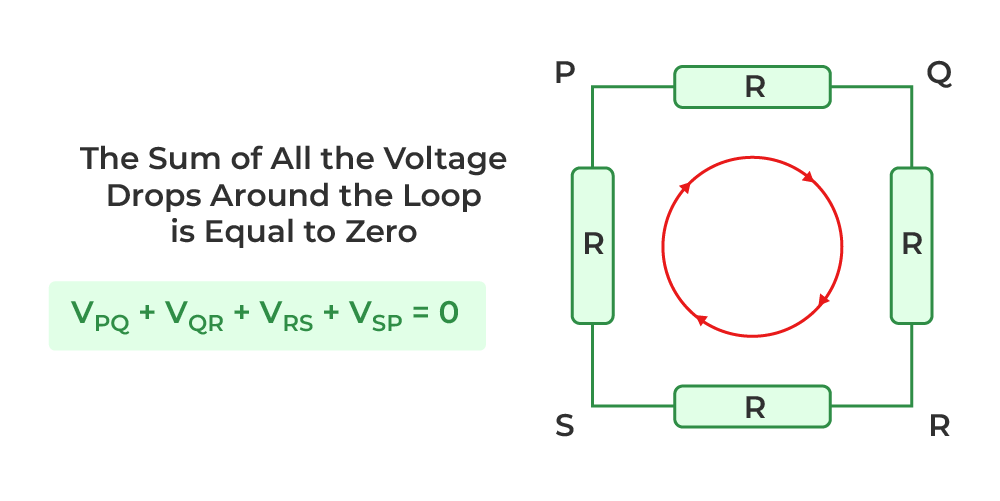 The total number of electrical components in the loop is given by n.

Also, while using KVL, we keep the same anti-clockwise or clockwise orientation from the beginning of the loop and account for all voltage decreases as negative and increases as positive. This brings us back to the initial point when the total voltage loss is zero.

Use the following convention to assign sign in the circuit provided

There are various limitations associated with Kirchhoff’s Laws which are:

Example 1: Find the value of I from the circuit in the figure below. 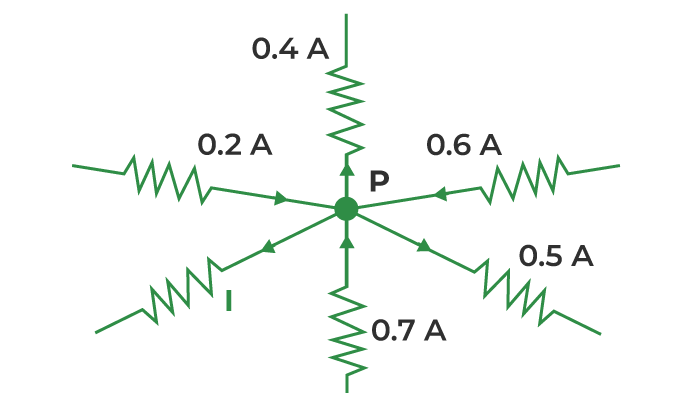 Apply Kirchhoff’s first law to the point P in the supplied circuit.

As a result, we now have the following:

Example 2: Find the value of the current passing through the resistance R1 = 10 Ω in the circuit below using Kirchhoff’s principles, when R2 and R3 both are equal and their value is 5 Ω. 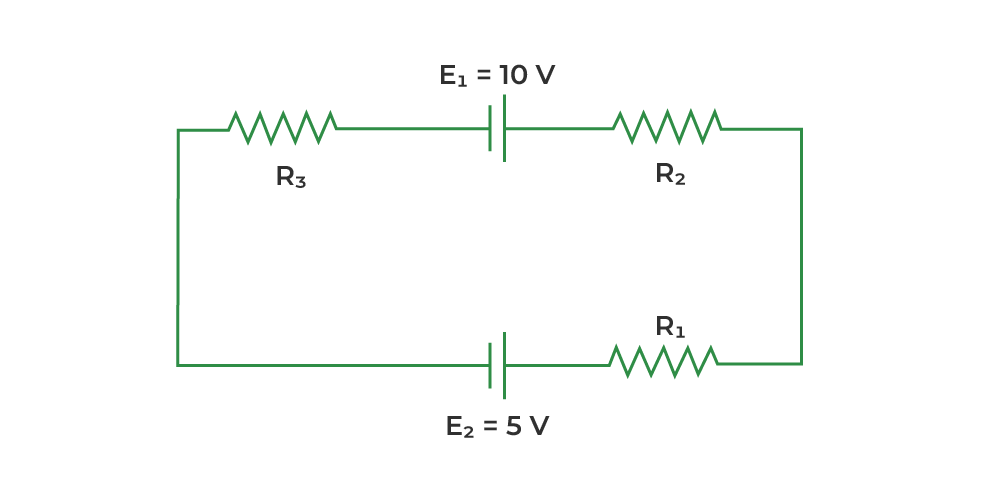 Applying Kirchhoff’s Law in the above circuit, Let’s take the current ‘i’ passing through the loop in the clockwise direction

The current passing through R1 is 1/4 amp.

Question 2: What is Kirchhoff’s Voltage Law?

Kirchhoff’s II Law also called Kirchhoff’s Voltage Law states that ” For any closed network Voltage around a loop is equal to the sum of voltage drop in the same loop  and it is equal to zero.”

Question 3: What is Kirchhoff’s Current Law?

Kirchhoff’s I Law also called Kirchhoff’s Current Law states that ” Total current entering in a junction is equal to the total current leaving that junction.”

Question 5: How many Kirchhoff laws are there?

There are two Kirchhoff laws

Question 6: Why does Kirchhoff’s law fail at high frequency?