Killshot interface is very similar to Metasploit 1 and Metasploit. Killshot provide a command-line interface that you can run on Linux. This tool can be used to get information about our target(domain). We can target any domain using Killshot. The interactive console provides a number of helpful features, such as command completion and contextual help. This tool is written in ruby language. You must have the ruby language installed in your Kali Linux to use this tool. 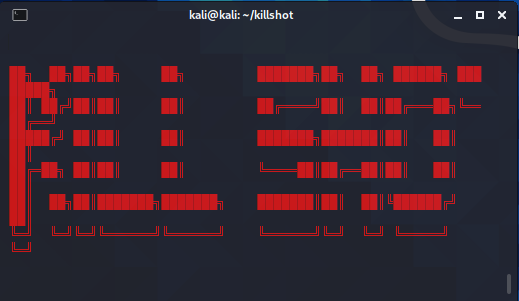 Features and uses of Killshot : 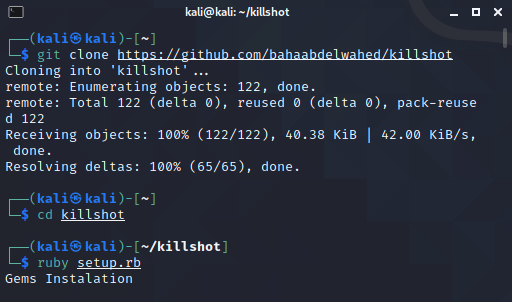 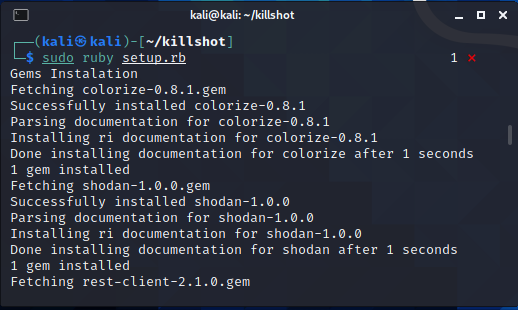 Step 3: All the installation has been done. Now to run the tool use the following command. 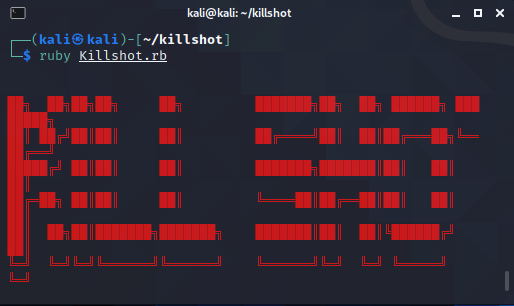 The tool is running successfully. Now let’s see an example of how to use the tool for reconnaissance.

Step 1: Open the tool and type the following command. 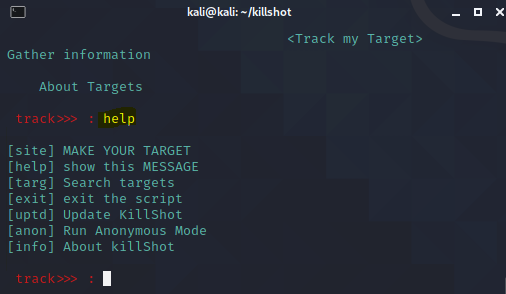 Step 3: Use the following command to scan the site. 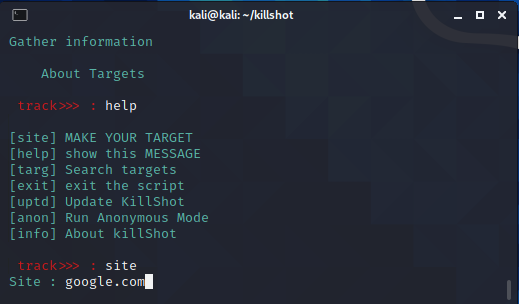 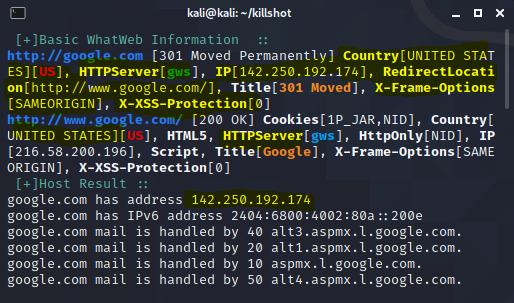 You can see that we got all the details of google.com. You can also use your target to gather information. The information is p address, country, HTTP server details, redirect location, x-xss protection, languages that the website is using.