Many of us think that hacking wifi is like breaking a plastic lock with an iron hammer and it is so with the following mentioned tools. Hacking wireless networks are just a beginning part of moving from defensive to offensive security. Hacking wifi includes capturing a handshake of a connection and cracking the hashed password using various attacks like the dictionary attack, etc. We could do the same manually with the help of a tool called “wireshark” and trying different passwords to crack hash but in most cases, this takes a lot of time so to automate this process we have a few tools with us.

And when it comes to tools Kali Linux always stands first in providing us with easy to use tools. So, here is a list of tools that one may use to crack the password of wifi, But before that use these tools to learn by using them on your Wifi modem or by taking the permissions from the owner of the network.

Reaver is a package that is a handy and effective tool to implement a brute force attack against Wifi Protected Setup (WPS) registrar PINs to recover WPA/WPA2 passphrases. It is depicted to be a robust and practical attack against WPS, and it has been tested against a wide variety of access points and WPS implementations. In today’s time hacking WPA/WPA2 is exceptionally a tedious job.

A dictionary attack could take days, and still will not succeed. On average Reaver will take 4-10 hours to recover the target AP’s plain text WPA/WPA2 passphrase, depending on the AP. Generally, it takes around half of this time to guess the correct WPS pin and recover the passphrase.

To use Reaver: Enter the following command in the Terminal: 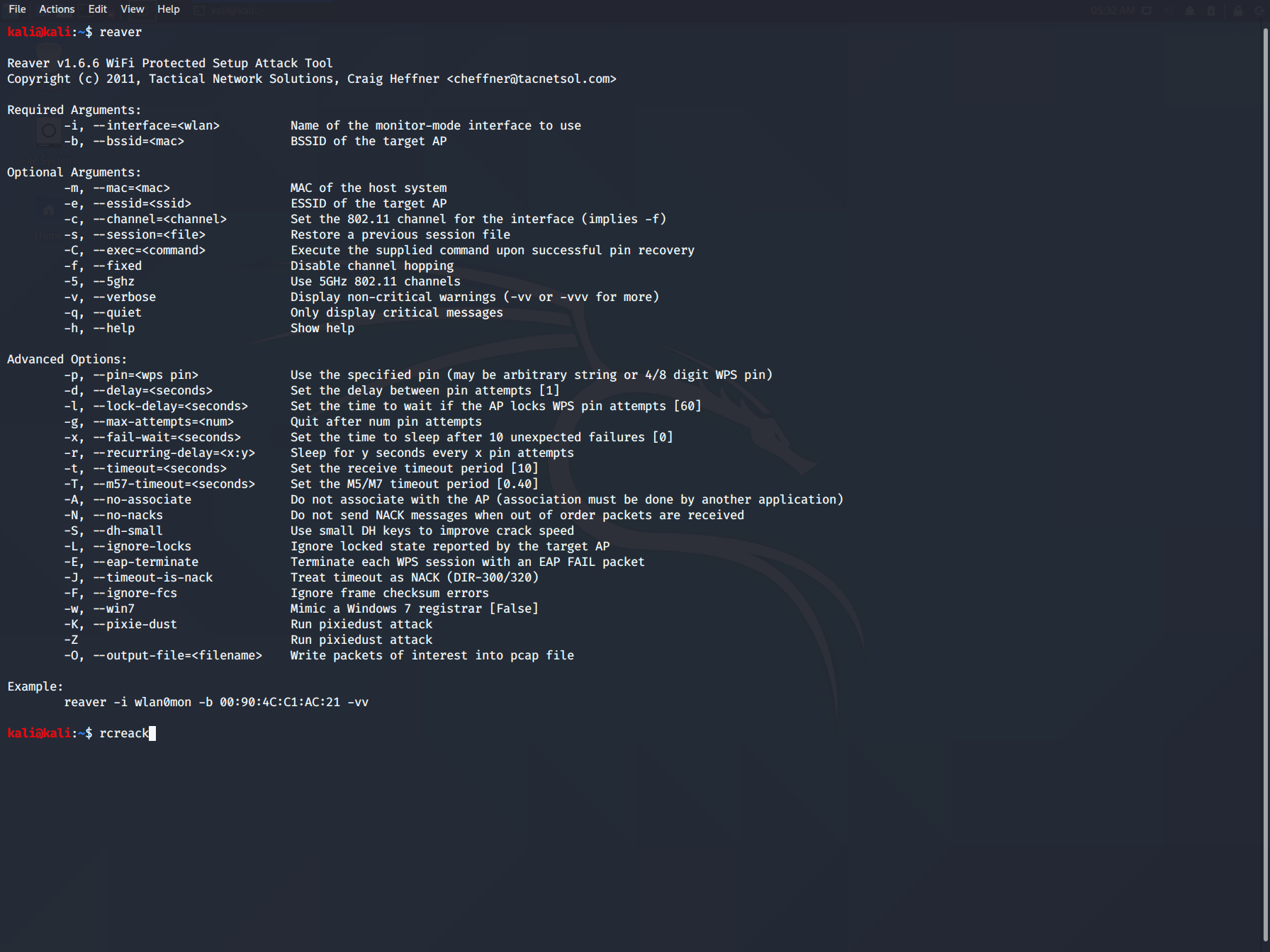 PixieWPS is a tool used to perform the brute force attack on WPS pins to crack them. It is a tool written in C language and has a lot of features like checksum optimization, Reduced entropy of the seed, Small Diffie-Hellman keys, etc.

To use PixieWPS: Enter the following command in the Terminal 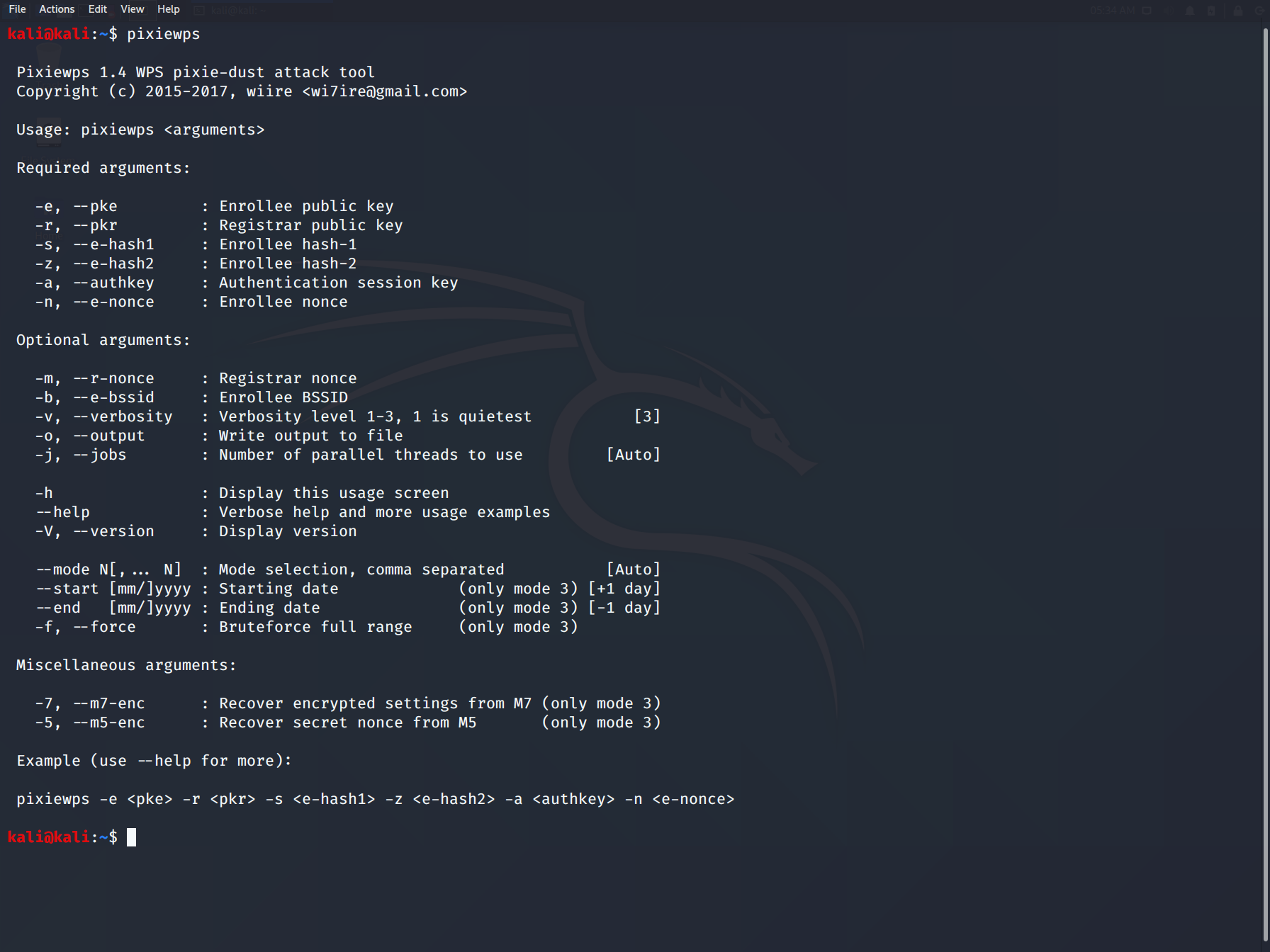 When it comes to wifi Hacking wifite is one of the most useful tools when you have a lot of wireless devices across your location. It is used to crack WEP or WPA/WPS encrypted wireless networks in a row. It could easily be customized to automate the process of multiple wifi hacking. It comes packed with many features, few of them are listed below.

To use wifite: Enter the following command in the terminal. 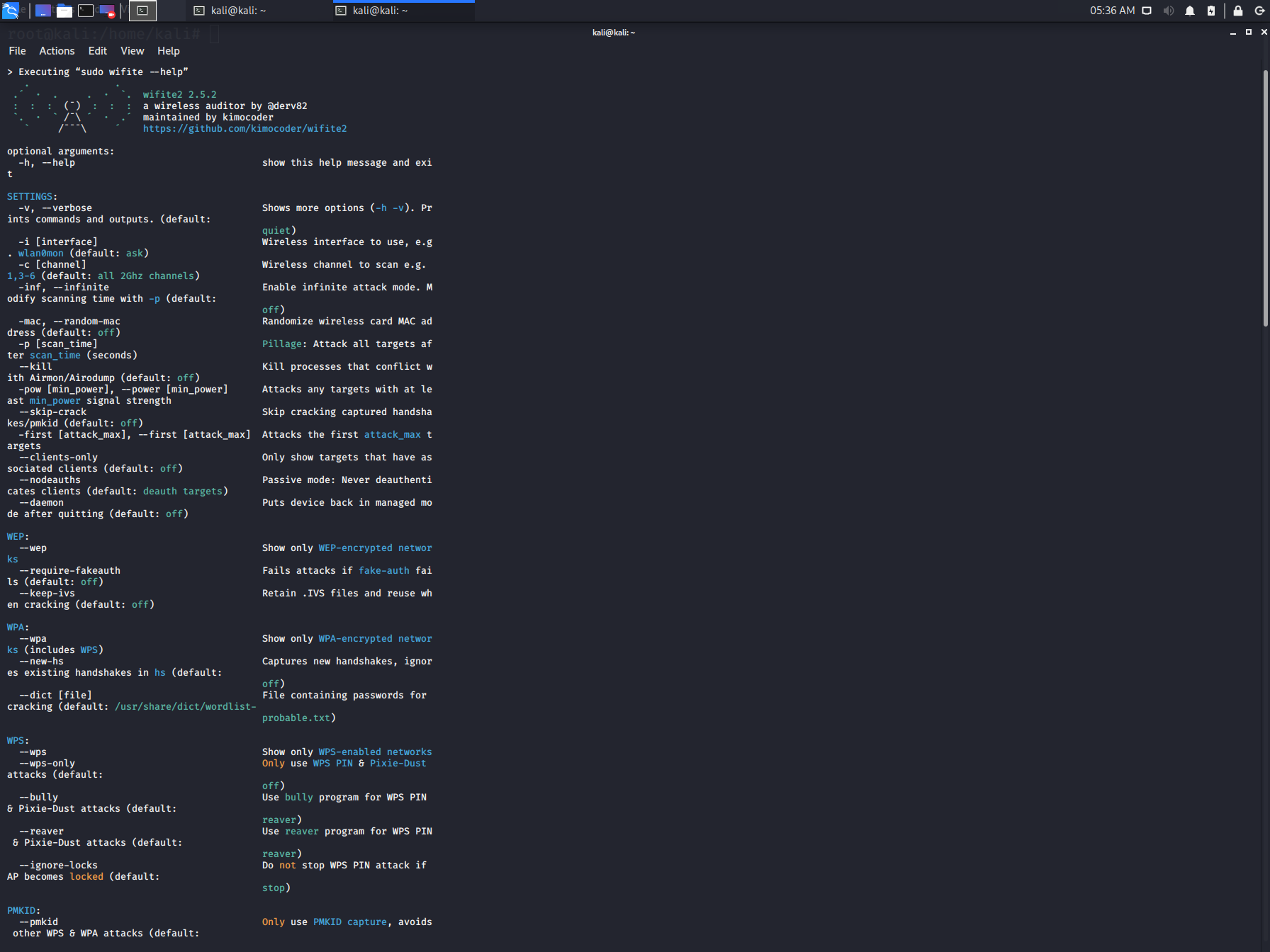 Fern wifi cracker is used when we want a Graphical User Interface to crack wifi passwords. Fern is a widely used wifi hacking tool designed in Python Programming Language using the Python Qt GUI library. The tools are comfortable to attack wireless networks along with ethernet networks. Fern comes packed with many features, few of them are listed below.

To use Fern wifi cracker: Enter the following command in the terminal. 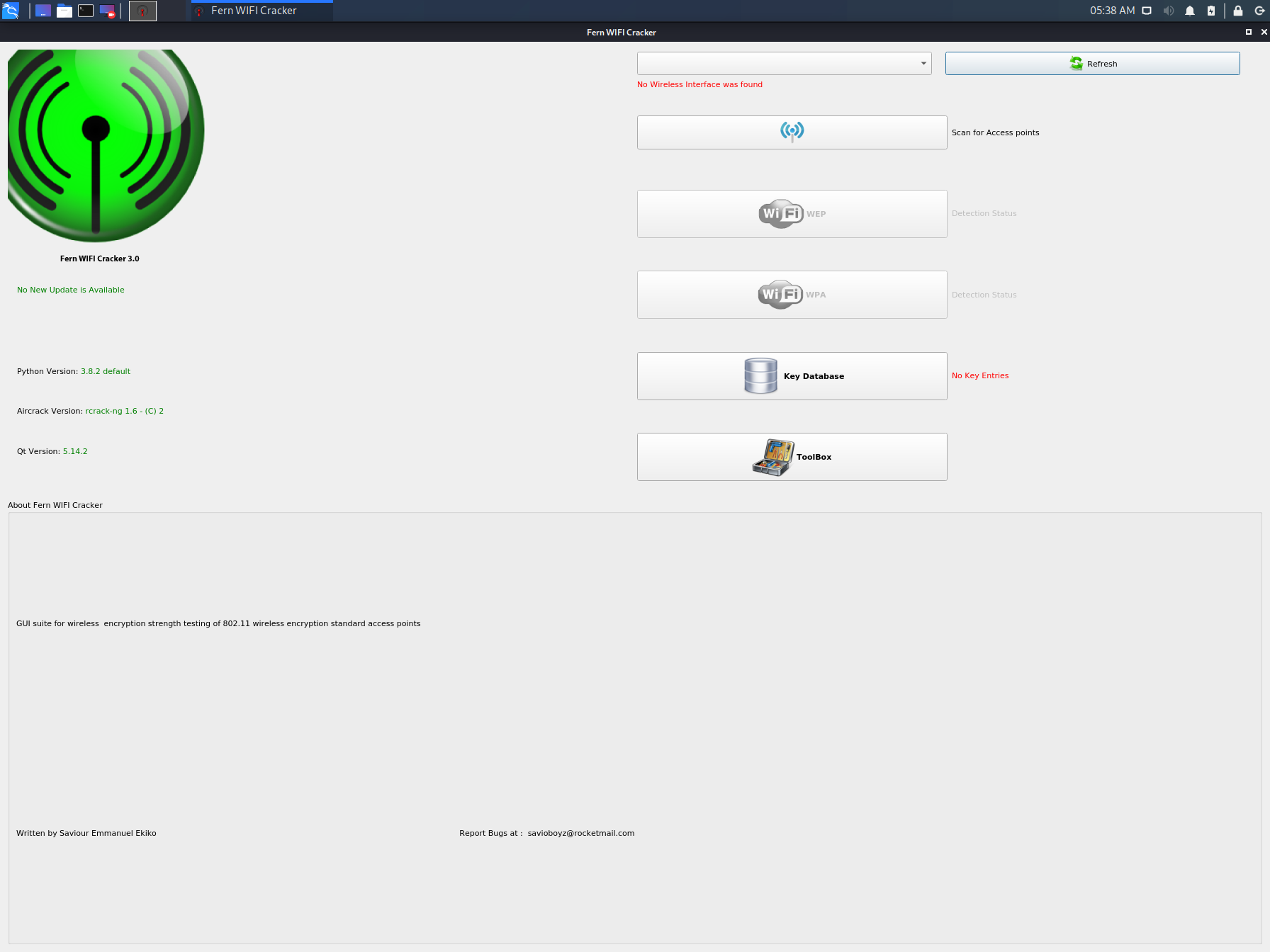