Information gathering is an art that every penetration-tester (pen-tester) and hacker should master for a better experience in penetration testing. It is a method used by analysts to determine the needs of customers and users. Techniques that provide safety, utility, usability, learnability, etc. for collaborators result in their collaboration, commitment, and honesty. Various tools and techniques are available, including public sources such as Whois, nslookup which can help hackers to gather user information. This step is very important because while performing attacks on any target information (such as his pet name, best friend’s name, age, or phone number to perform password guessing attacks(brute force) or other kinds of attacks) are required.

Information gathering can be classified into the following categories: 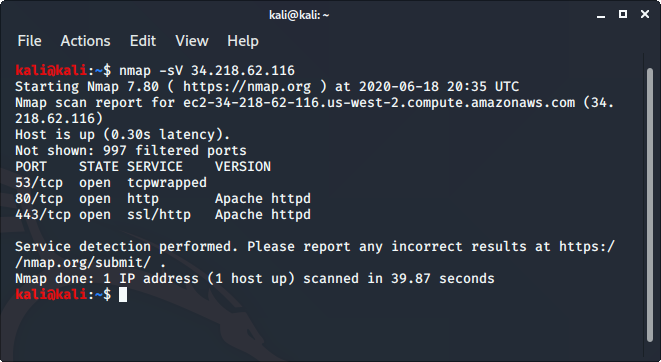 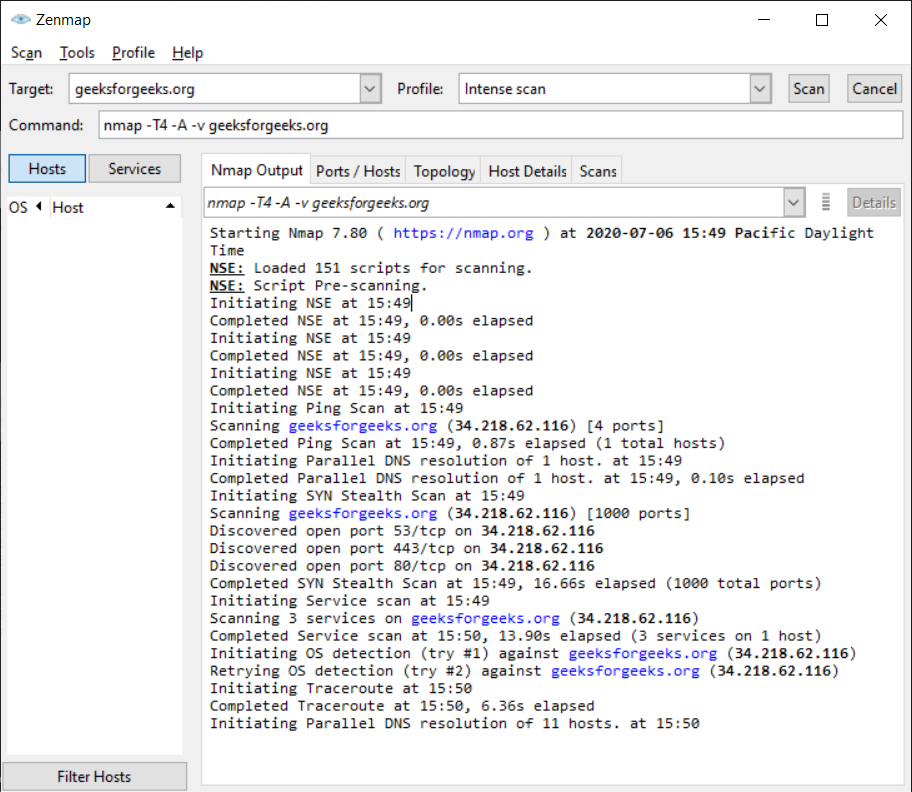 whois is a database record of all the registered domains over the internet. It is used for many purposes, a few of them are listed below.

To use whois lookup, enter the following command in the terminal

Replace geeksforgeeks.org with the name of the website you want to lookup. 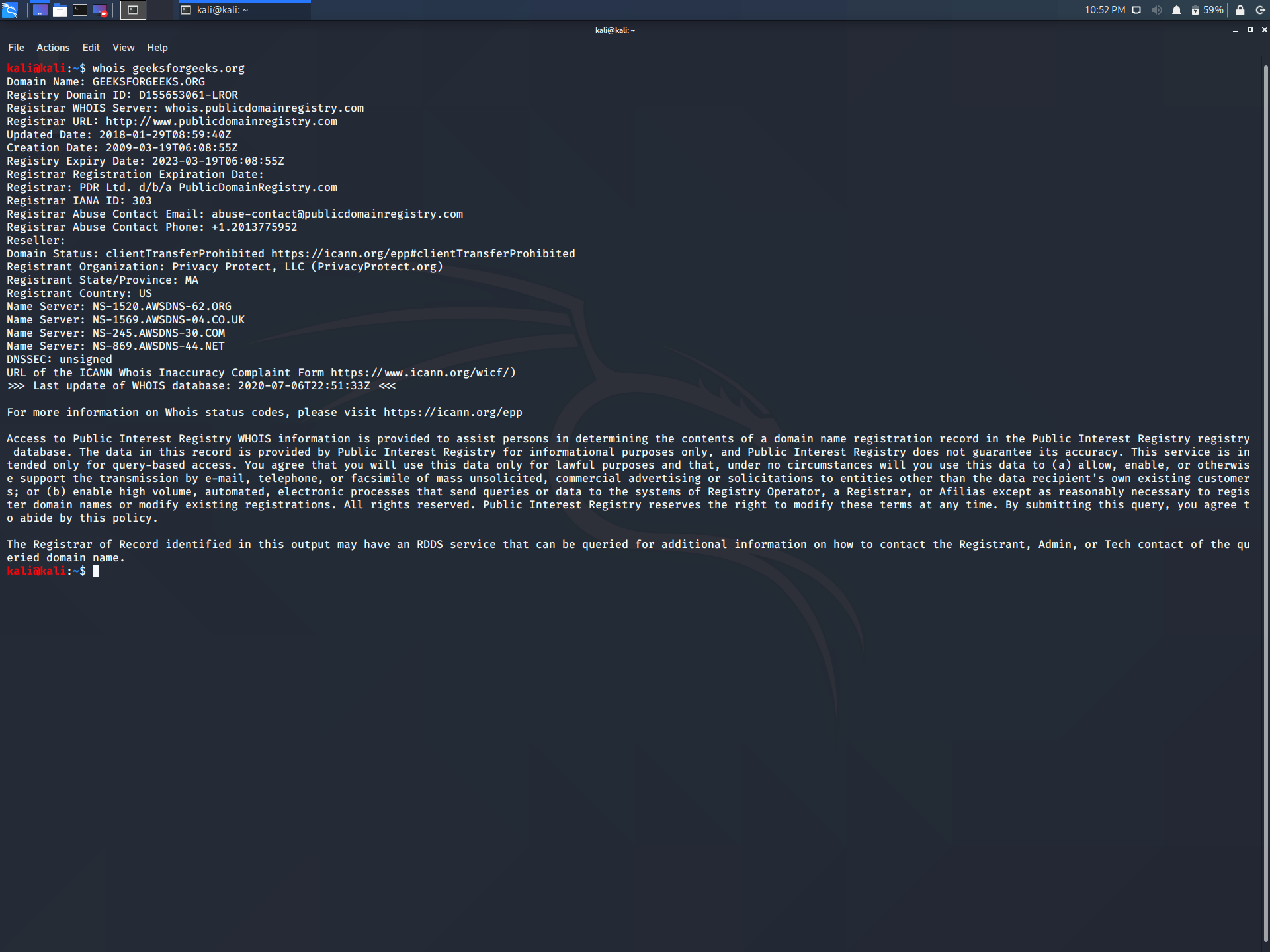 To use SPARTA, enter the IP address of the host you want to scan in the host section to start scanning. 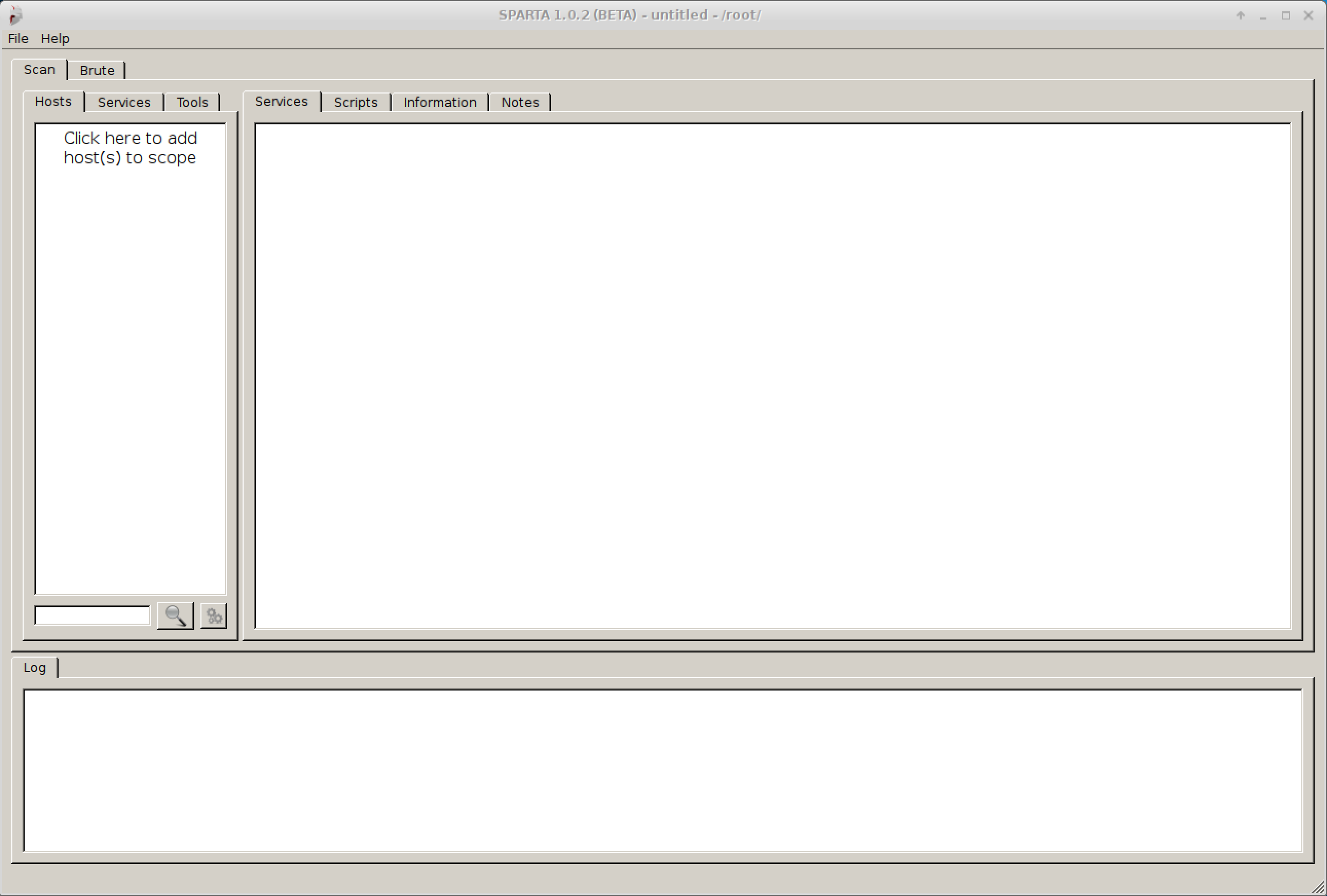 nslookup stands for nameserver lookup, which is a command used to get the information from the DNS server. It queries DNS to obtain a domain name, IP address mapping, or any other DNS record. It even helps in troubleshooting DNS-related problems. It is used for many purposes, a few of them are listed below. 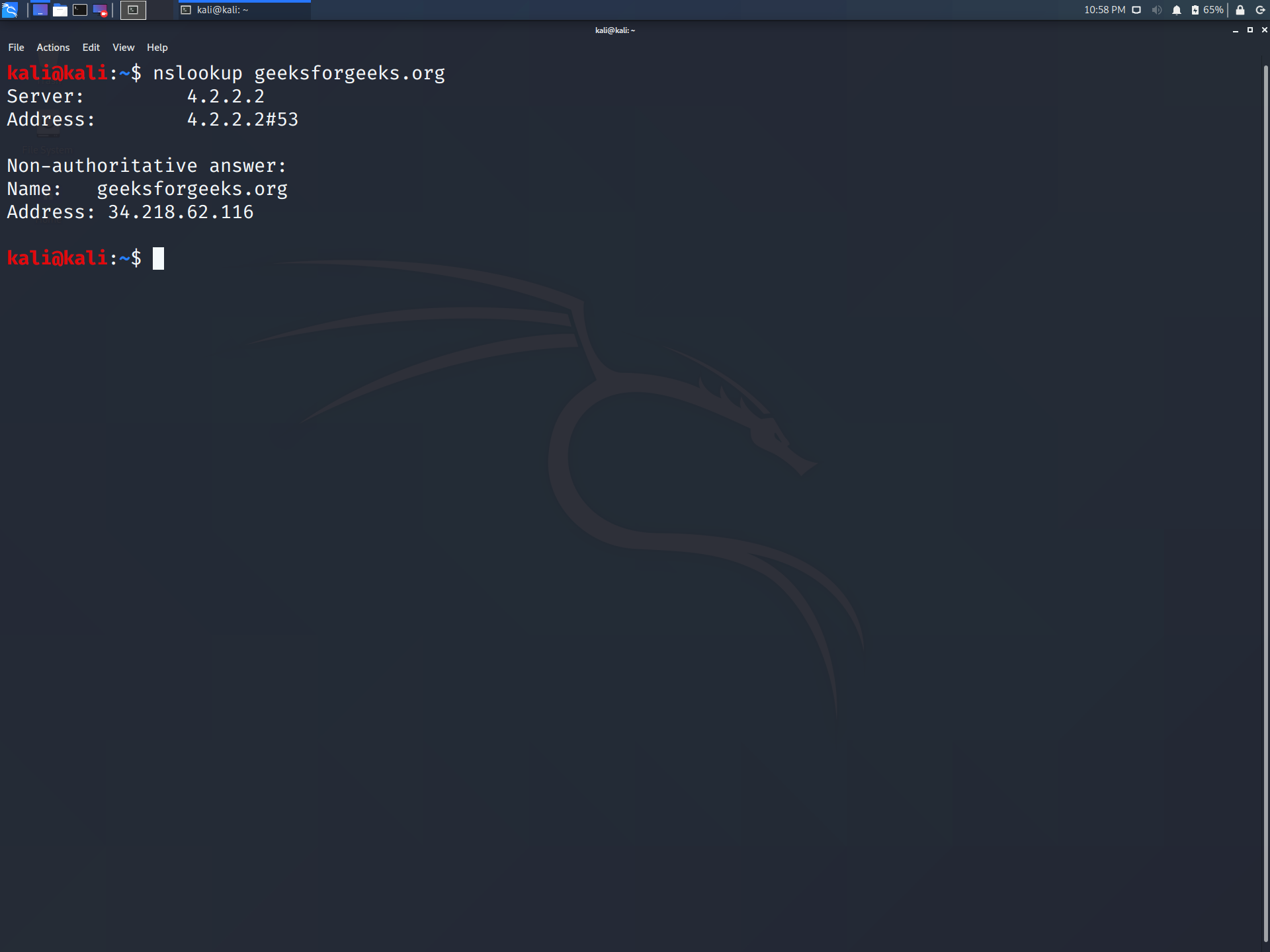 Osintgram is an OSINT tool to run on reconnaissance Instagram to collect and analyze. It offers an interactive shell to perform analysis on account of any users by its nickname. One can get: 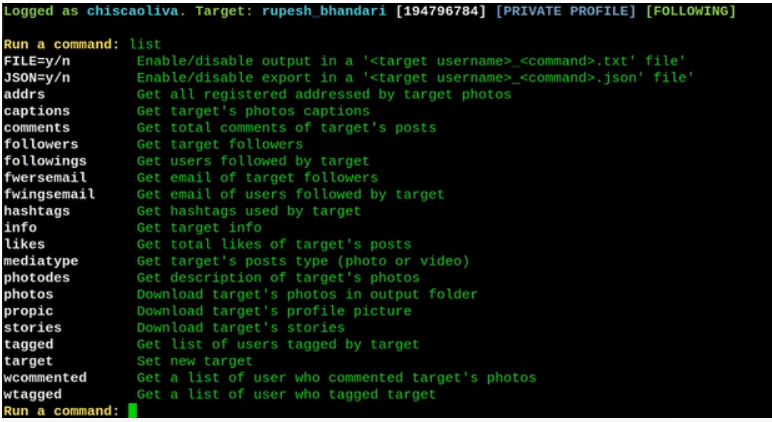