JPEG stands for Joint Photographic Experts Group. Mainly JPEG is a type of digital image compression. Also, it is known as a format of image, but this is completely false because JPEG is a technique of image compression, it is used for many file formats such as EPS, PDF, even TIFF files also. And the format similar to JPEG is JPG, many of us are thinking that these 2 are the same.

JPEG is compressed into either full-color or grayscale images. In the case of color images, RGB is transformed into a luminance or chrominance color space. JPEG compression mainly works by identifying similar areas of color inside the image and converting them to actually the same color code. JPEG uses the DCT (Discrete Cosine Transform) method to compress for coding transformation. Steps of Compression: 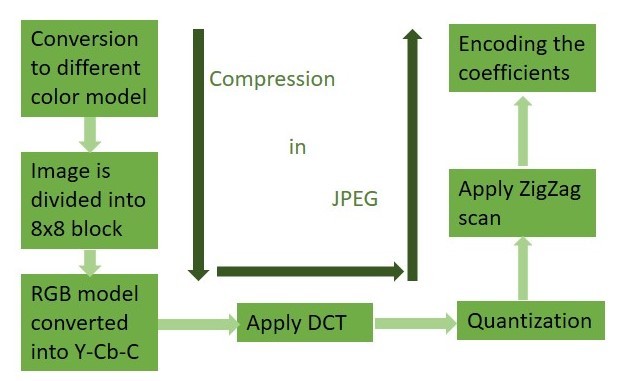