String is a special class in Java. substring() is one of the widely used methods of String class. It is used to extract part of a string and has two overloaded variants:

1. substring(int beginIndex)
This method is used to extract a portion of the string starting from beginIndex.

The beginIndex parameter must be within the range of source string, otherwise you would see the following exception:

java.lang.StringIndexOutOfBoundsException: String index out of range:

How substring() works internally
We all know that String in Java is sequence of characters. String is internally reblockquotesented by array of characters, when new String object is created, it has following fields. 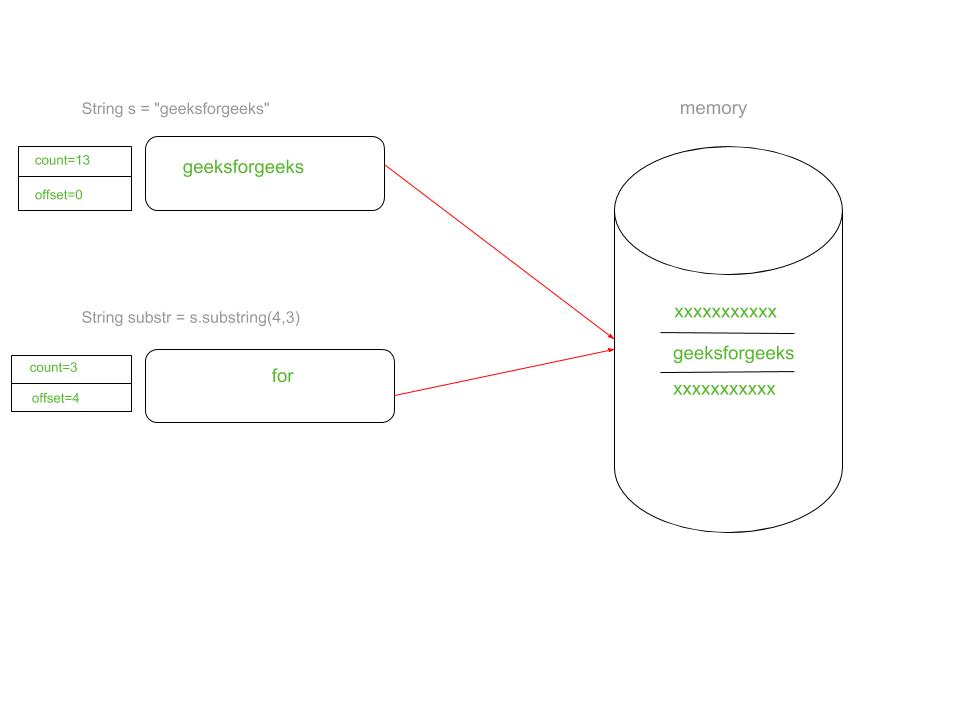 Problem caused by substring() in JDK 6
This method works well with small Strings. But when it comes with taking substring() from a String with more characters, it leads to serious memory issues if you are using JDK 6 or below.

The above String already occupies a lot of memory in heap. Now consider the scenario where we need first 2 characters from bigString,.

We might think that bigString object will be Garbage collected as we made it null but our assumption is wrong. When we call substring(), a new String object is created in memory. But still it refers the char[] array value from original String. This blockquotevents bigString from Garbage collection process and we are unnecessarily storing 100000 bytes in memory (just for 2 characters). The bug details can be found here.

Handling substring() in JDK 6
This issue should be handled by developers. One option is creating new String object from substring returned String.

Now, new String object is created in java heap, having its own char[] array, eventually original bigString will eligible for garbage collection process.

Other option is, call intern() method on substring, which will then fetch an existing string from pool or add it if necessary. 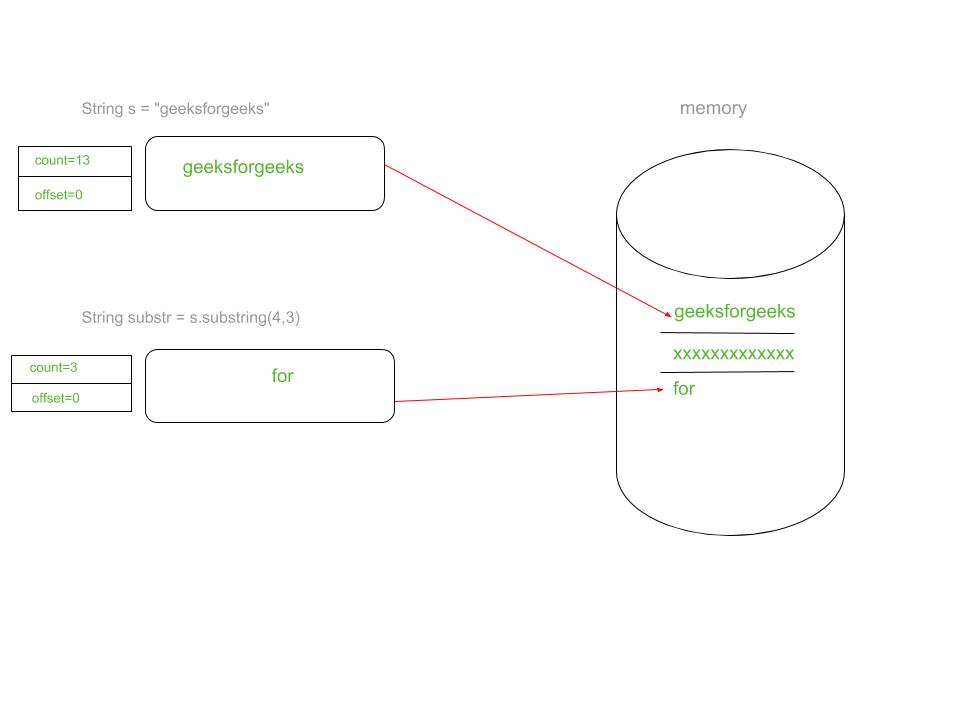 It is worth noting that, new String object from memory is referred when substring() method is invoked in JDK 7, thus making original string eligible for garbage collection.