Problem Statement: Given two integers m and n. The goal is simply to swap their values in the memory block and writing the java code demonstrating approaches.

There are 3 standard approaches to swap numbers varying from space and time complexity. 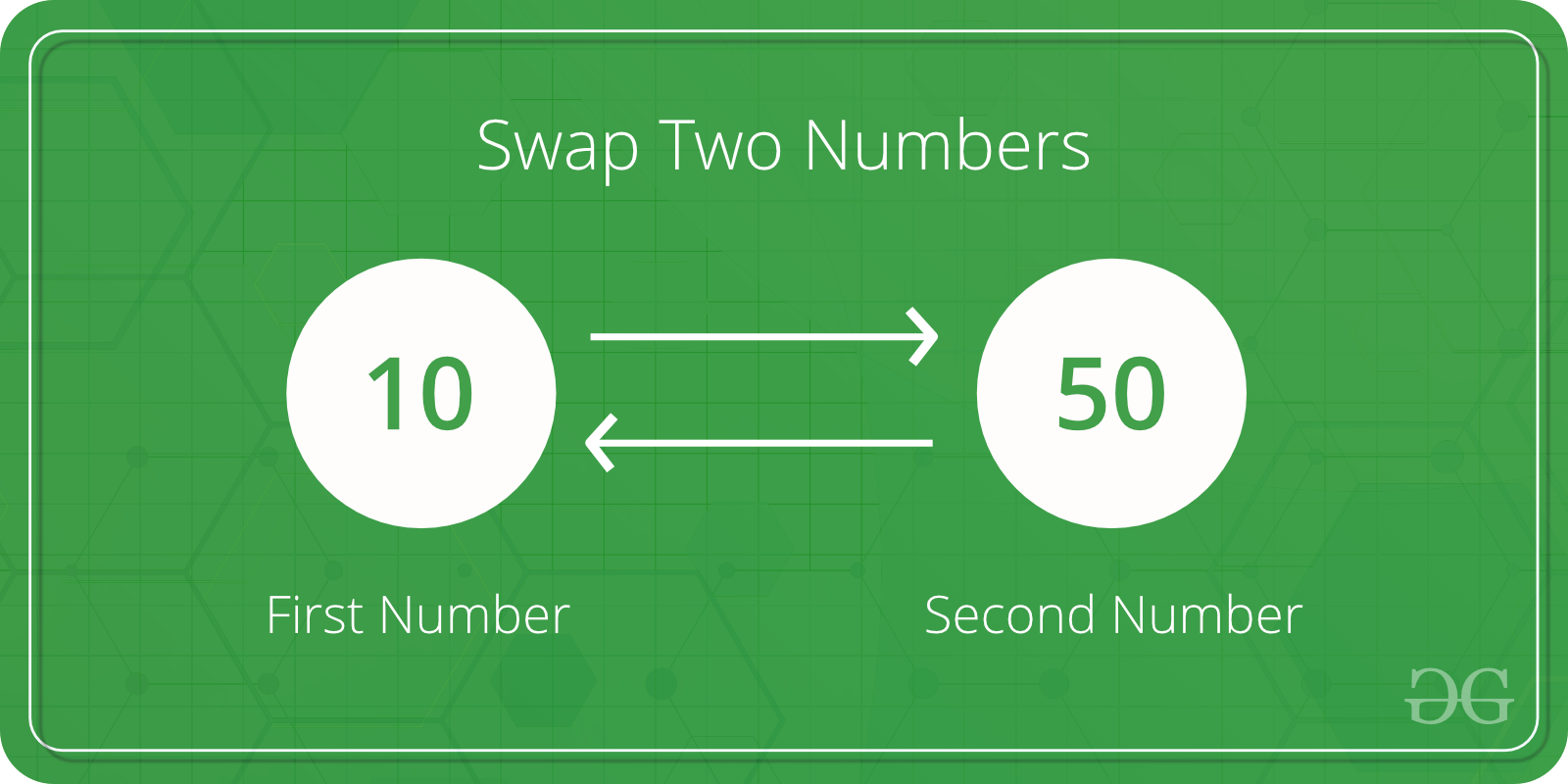 Approaches are described below individually in same order as listed above:

A memory cell will be created in the memory of the same type occupying same memory in stack area of memory. During execution, it holds on one value to replace others values, once desired execution is completed its value is assigned to already existing second variable. Once scope for the variables are three variables are released from memory cell. This variable is called temporary variable or sometimes referred as catalyst as the involvement in output is not even traced out but executions will halt to produce desired result above witnessed.

Approach 2: Swapping the Values Without Using Third Variable by using sum and differences concepts of maths.

Algorithms: There are 3 standard steps as listed below:

Below is the implementation of swapping the numbers without creating any auxiliary space in memory:

Bit-wise operators are used to perform manipulation of individual bits of a number. They can be used with any of the integral types (char, short, int, etc). They are used when performing update and query operations of Binary indexed tree.

This operator is binary operator, denoted by ‘^’. It returns bit by bit XOR of input values, i.e, if corresponding bits are different, it gives 1, else it gives 0.

This is the most optimal method as here directly computations are carried on over bits instead of bytes as seen in above two methods. Here’s a Java program to show internal working –