Java Program to Reverse a Linked List Without Manipulating its Pointers

Given a linked list, the task is to write a program in Java that reverses the linked list without manipulating its pointers, i.e., the reversal should happen just by changing the data values and not the links.

For reversal, no manipulation is done in the links that connect the node of the linked list. Only the data values are changed. To understand this more clearly, take a look at the following diagram. 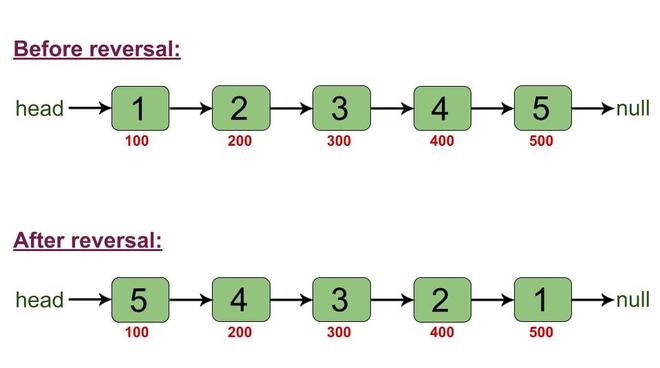