Java Program to Find GCD or HCF of Two Numbers

GCD (i.e. Greatest Common Divisor) or HCF (i.e. Highest Common Factor) is the largest number that can divide both the given numbers. 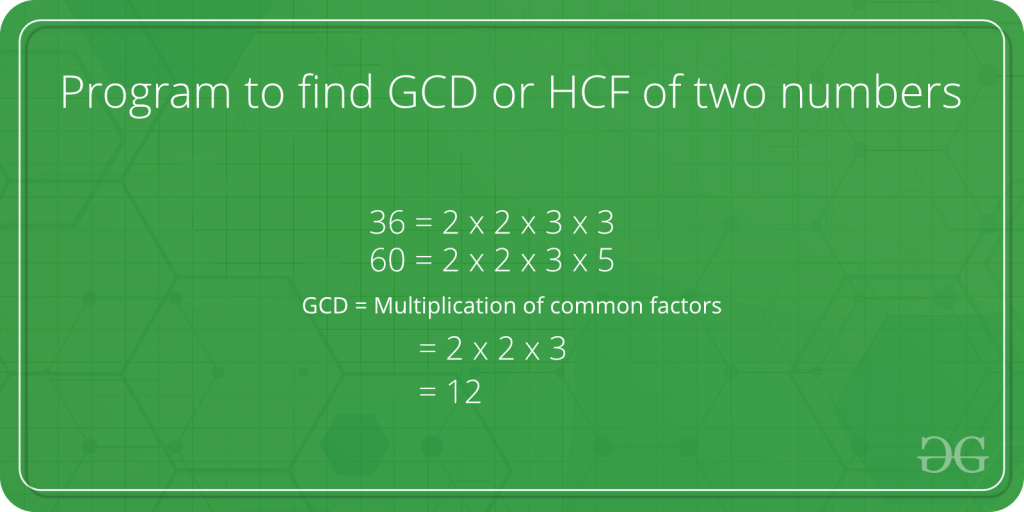 Note: GCD of the two stated numbers doesn’t alter if the smaller number is subtracted from the bigger number.

Similarly, you can find the GCD or HCF of any two given numbers.

An efficient solution is to utilize a modulo operator in the Euclidean algorithm which is the foremost algorithm applied for this topic.