Given an array of integers, you have to find three numbers such that the sum of two elements equals the third element.
Examples:

Simple approach: Run three loops and check if there exists a triplet such that sum of two elements equals the third element.
Time complexity: O(n^3)
Efficient approach: The idea is similar to Find a triplet that sum to a given value. 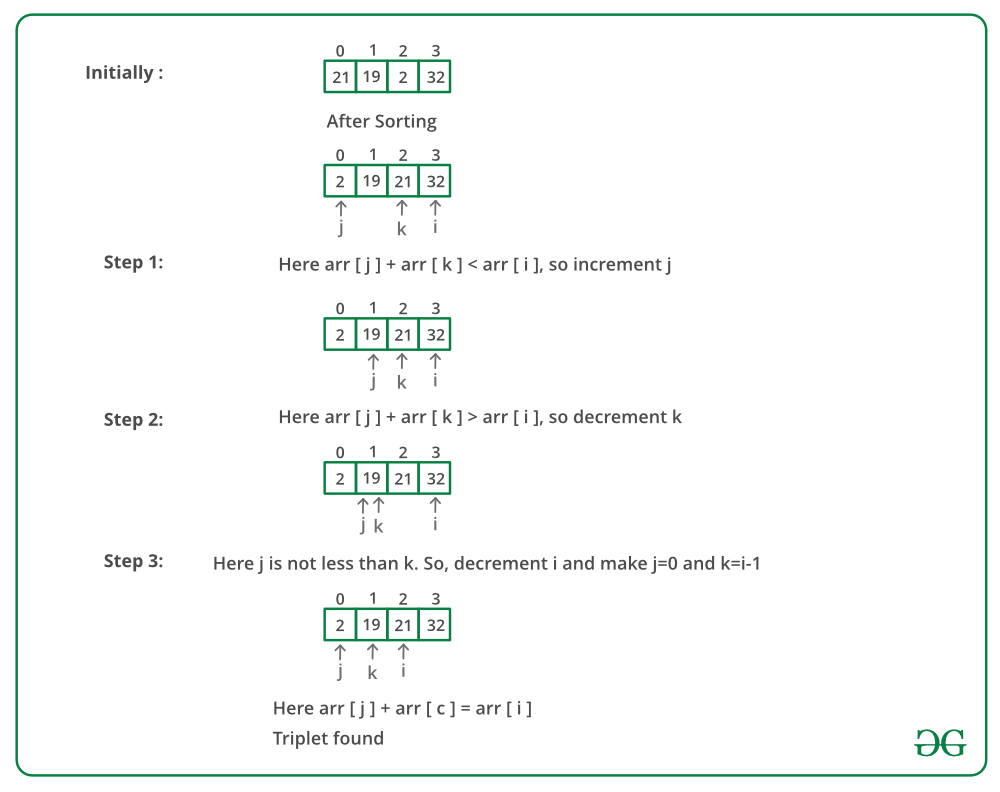 Time complexity: O(N^2)
Please refer complete article on Find a triplet such that sum of two equals to third element for more details!