Java is not only a language but it’s a technology. Java has well-defined standards. In this article, we will discuss Integer Cache. This feature was introduced in Java 5 in order to improve memory management. Let us first have a look at a sample code to better understand this behavior. Afterward, we’ll discuss why this is implemented.

In the below-given program, you will clearly understand the logic and you will see how you have Initialized variable a and b and how Java keeps holds variable value in integer cache. After that, you will see how instances in the range of -128 to 127. This Integer Cache works only on autoboxing which means Conversion from a primitive type to an object reference is called autoboxing.

Let’s consider an example output of the java code given below:

Here we expected that both should run if condition part. Because we all know that == compare reference and equals() compare data in java. But in this case, the behavior is not as expected. We had seen the output is unexpected.

In Java 5, a new feature was introduced to save the memory and improve performance for Integer type objects handling. Integer objects are cached internally and reused via the same referenced objects.

This is equal to using the valueOf() as follows:

Explanation of above IntegerCache Class : 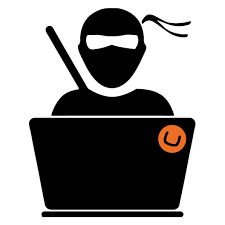