An Issue in GitHub is a sort of bug tracker for a project which has its own section in every repository. It can be used for discussions which include a variety of things like reporting a bug on that repository, asking questions or even asking for a particular feature. It is a great place to keep a track of tasks and enhancements of the project. Being good at writing issues often helps in building better open source projects and will help other contributors to understand your project better and help you.

To make a new issue in your repository, navigate to the repository where you want to raise an issue and go to the Issues tab as shown below:

After navigating to the issues tab, click on New Issues to create an Issue for your project as shown below:

Then give a suitable heading and detailed information about the issue. As an example, let us take a look at angular repository which is a web framework: 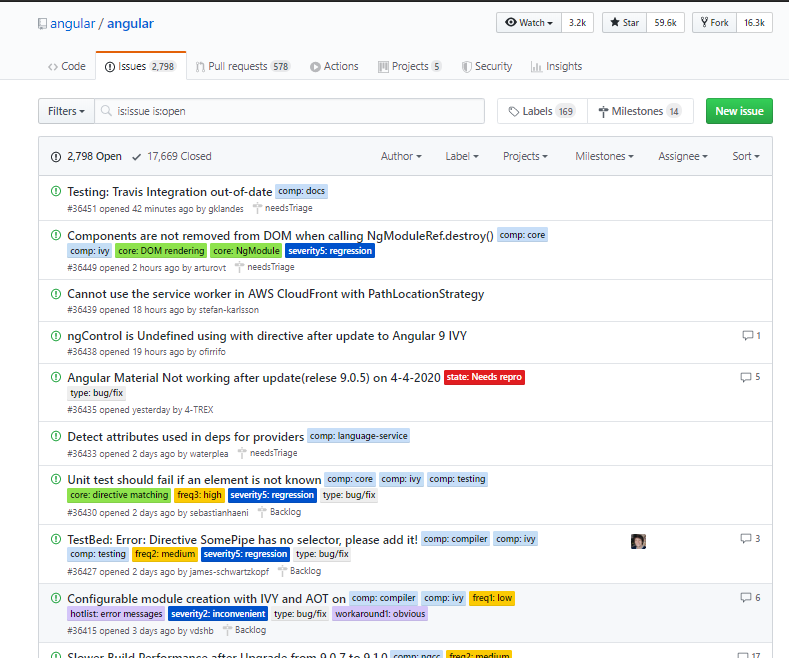 An issue contains the following entities:

Some other useful features in issues are:

Finally, there is an issue dashboard which lists all your issues from all the projects you’ve been working on and includes: