Integrated Services Digital Network (ISDN) is simply considered as general-purpose digital network that is being capable of highly and fully supporting wide range of services like voice, data, text, and image with the help of very small set of standard multipurpose user-network interfaces. It is also useful in providing very useful framework for development and establishment of future telecommunications networks and services.

Previously, it is known as Integrated Digital Network (IDN) which is basically standardization digital technique for switching and transmission. ISDN also supports two types of switching operations i.e., circuit-switched operations and packet-switched operations. ISDN protocol architecture takes care of both of these switching operations. Circuit Switching is provided at the very nominal bit rate of 64 kbps whereas packet switching is provided for wide range of bit rates up to 64 kbps. 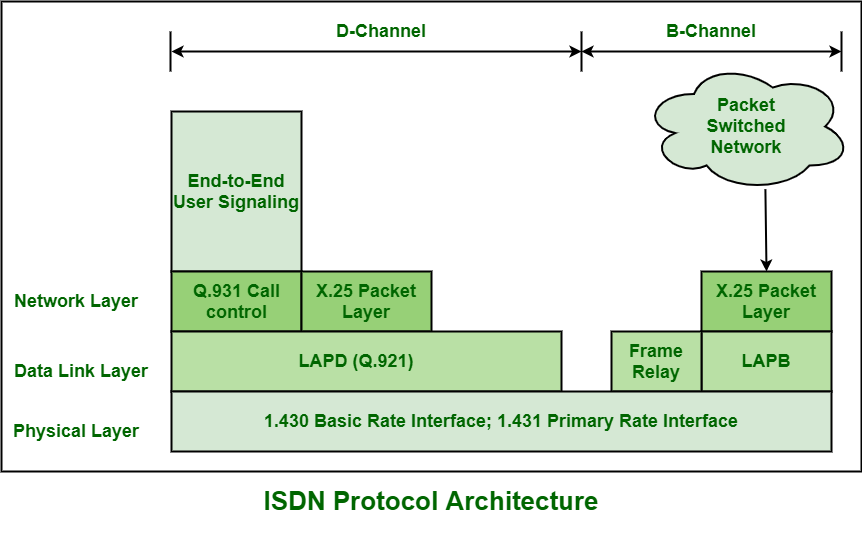