Is Testing on Internet Explorer Still Relevant?
To answer this question, we must have a glimpse at the roots of IE. This article will help you understand how Internet Explorer evolved over the years with some relevant statistics. Analyzing these stats, one can take a call regarding its relevance in Testing.

Although Internet Explorer version 6 was the most preferred browser globally in 2001, it was never fully compliant with the web-standards which resulted in difficulties for web-developers to work with IE. Also, specific critical bugs were overlooked. It took five years for Microsoft to introduce Internet Explorer version 7 in 2006 which was a prolonged move as a new competitor Firefox already started emerging in 2004. 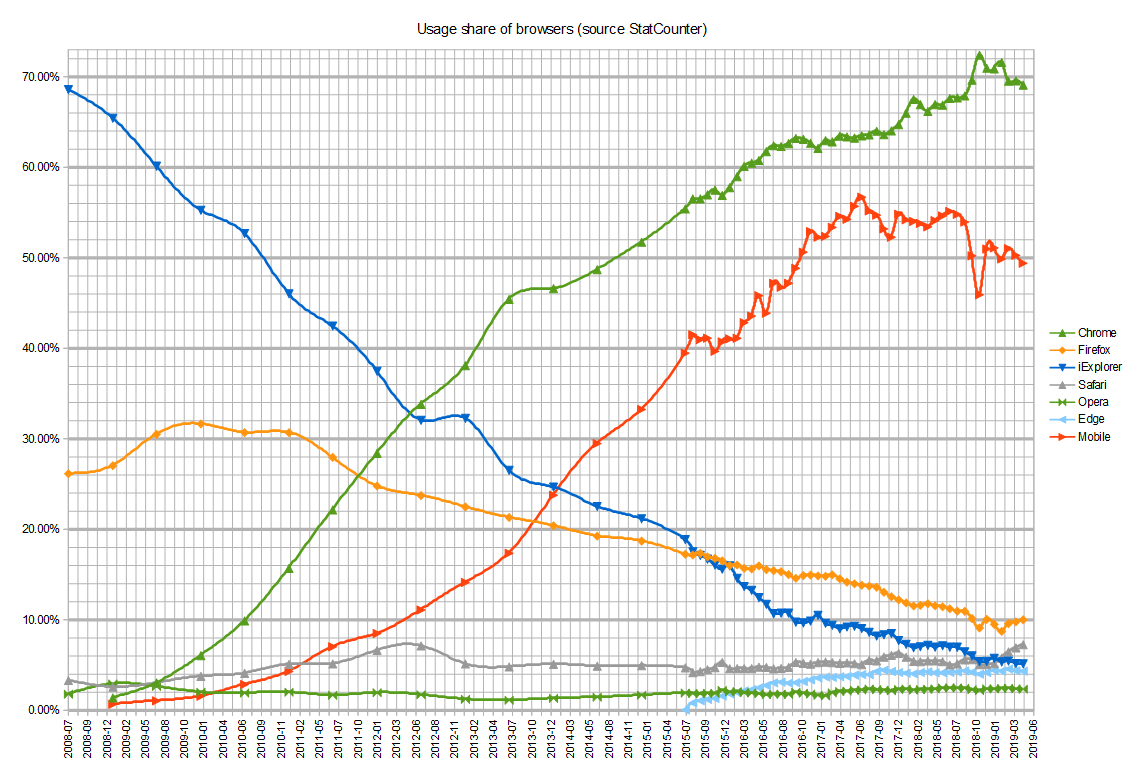 You can also refer to this video to analyze how Internet Explorer’s market share declined over the years.

Microsoft didn’t include useful features like anti-phishing, pop-up blockers, at the right time in order to be able to compete with other browsers like Chrome and Firefox and hence Microsoft’s market share is still declining continuously. In 2015 Microsoft introduced a new browser Microsoft Edge with Windows 10 and also Microsoft officially ended support for version 10 and older IE versions in Jan 2016.

Why is it still relevant to test web applications for Internet Explorer?

While the numbers given above might make it seem like you can avoid Internet Explorer Testing, this is not the case.