Tailwind CSS is basically a utility-first CSS framework for rapidly building custom user interfaces. It is a highly customizable, low-level CSS framework that gives you all of the building blocks you need to build bespoke designs without any annoying opinionated styles you have to fight to override.
The beauty of this thing called tailwind is it doesn’t impose design specification or how your site should look like, you simply bring tiny components together to construct a user interface that is unique. What Tailwind simply does is take a ‘raw’ CSS file, processes this CSS file over a configuration file, and produces an output.
Why Tailwind CSS? 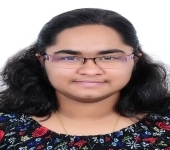