It is a linear data structure that follows a particular order in which the operations are performed.

In order to make manipulations in a stack, there are certain operations provided to us. 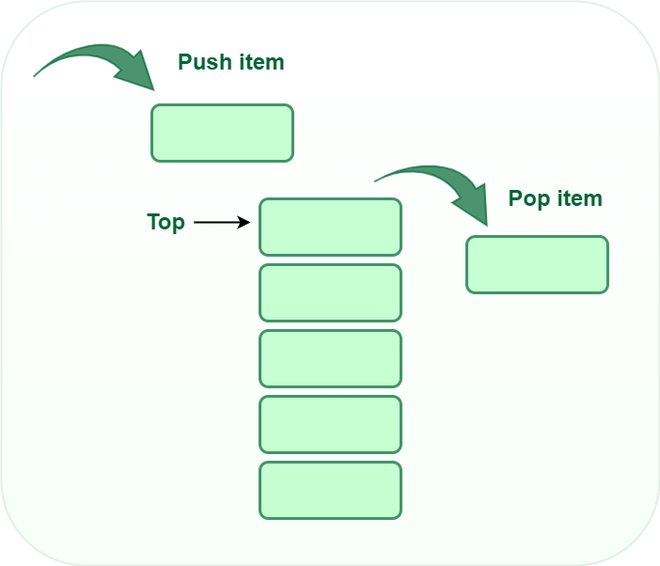 Adds an item to the stack. If the stack is full, then it is said to be an Overflow condition.

Removes an item from the stack. The items are popped in the reversed order in which they are pushed. If the stack is empty, then it is said to be an Underflow condition.

Returns the top element of the stack.

Returns true if the stack is empty, else false.

There are many real-life examples of a stack. Consider the simple example of plates stacked over one another in a canteen. The plate which is at the top is the first one to be removed, i.e. the plate which has been placed at the bottommost position remains in the stack for the longest period of time. So, it can be simply seen to follow the LIFO/FILO order.

There are two ways to implement a stack