SQLite is an in-process library that implements a self-contained, serverless, zero-configuration, transactional SQL database engine. It is a popular choice as an embedded database for local/client storage in application software such as web browsers. It is also used in many other applications that need a lightweight, embedded database.

SQLite is ACID-compliant and implements most of the SQL standards, using a dynamically and weakly typed SQL syntax that does not guarantee domain integrity.

To use SQLite in a C/C++ program, you can use the sqlite3 API, which provides a lightweight, simple, self-contained, high-reliability, full-featured, and SQL database engine. The API is implemented as a library of C functions that can be called from your program. One of the main benefits of using SQLite is that it is very easy to get started with. To create a new database in SQLite, you simply need to create a new file on your filesystem and connect to it using the sqlite3 API. For example, in C:

SQLite was created in the year 2000 by D. Richard Hipp, who continues to lead the development of the software today. SQLite was designed to be a lightweight and simple database engine that could be easily embedded into other applications. It was created as an alternative to more complex and heavyweight database engines, such as MySQL and PostgreSQL. Over the years, SQLite has gained widespread adoption and is now one of the most widely used database engines in the world. It is used in many applications, including web browsers, mobile phones, and a wide variety of other software.

SQLite is an open-source software project, and the source code is available under the terms of the SQLite license, which is a permissive, public domain-like license. This has contributed to its widespread adoption, as developers are free to use and modify the source code as they see fit.

There are several reasons why you might choose to use SQLite in your project:

An easy way to get started with SQLite

Because SQLite is an embedded database, you actually don’t need to ‘download’ it in the same way that you would download MySQL or PostgreSQL for example. You can create and interact with SQLite databases using a range of tools.

An easy way to get started would be to:

If you want to install the official SQLite binary and interact with the database using the terminal, you can follow these directions:

3. Create a folder in C or D ( wherever you want ) for storing SQLite by expanding the zip file.

4. Open the command prompt and set the path for the location of the SQLite folder given in the previous step. After that write “sqlite3” and press enter. 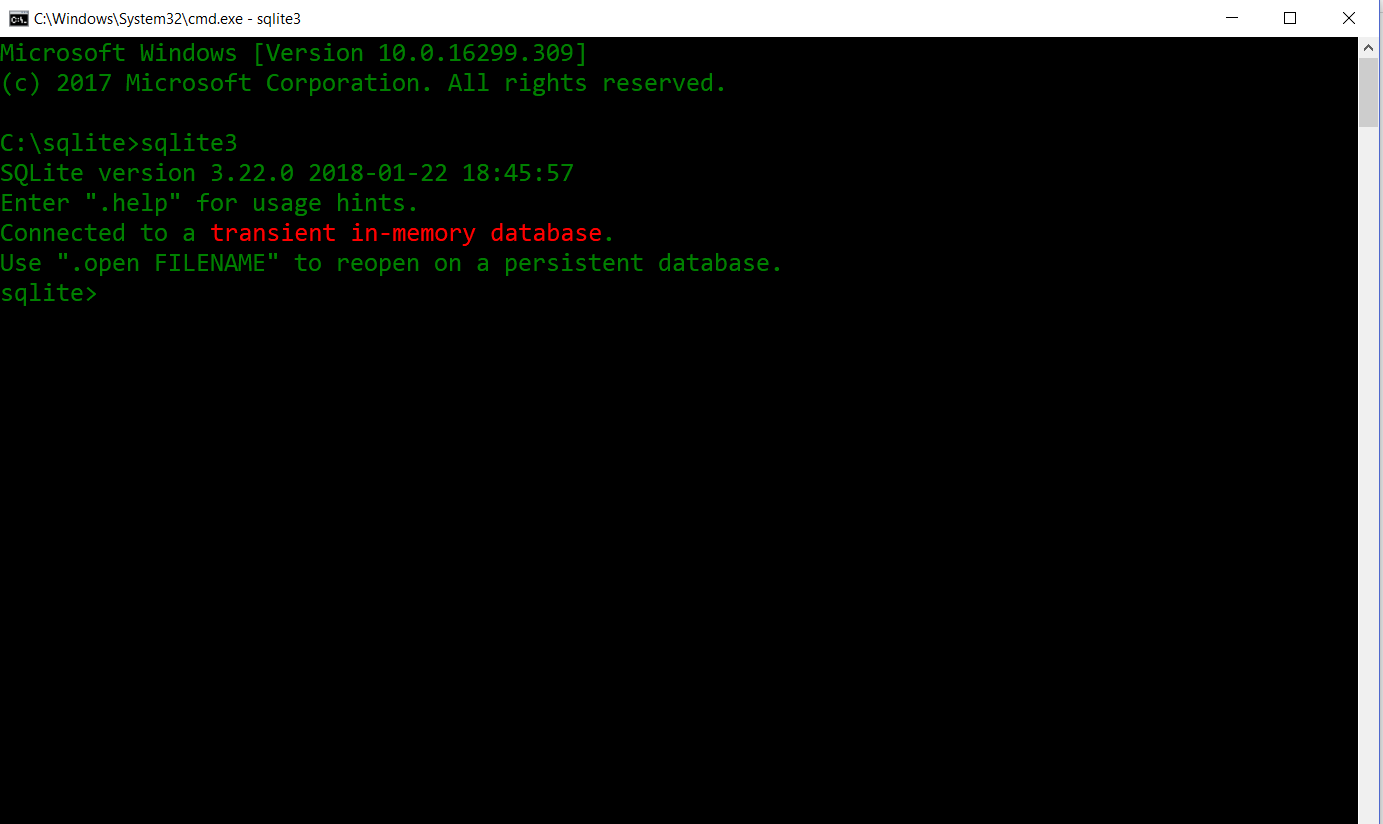 You can also directly open the .exe file from the folder where you have stored the SQLite whole thing. 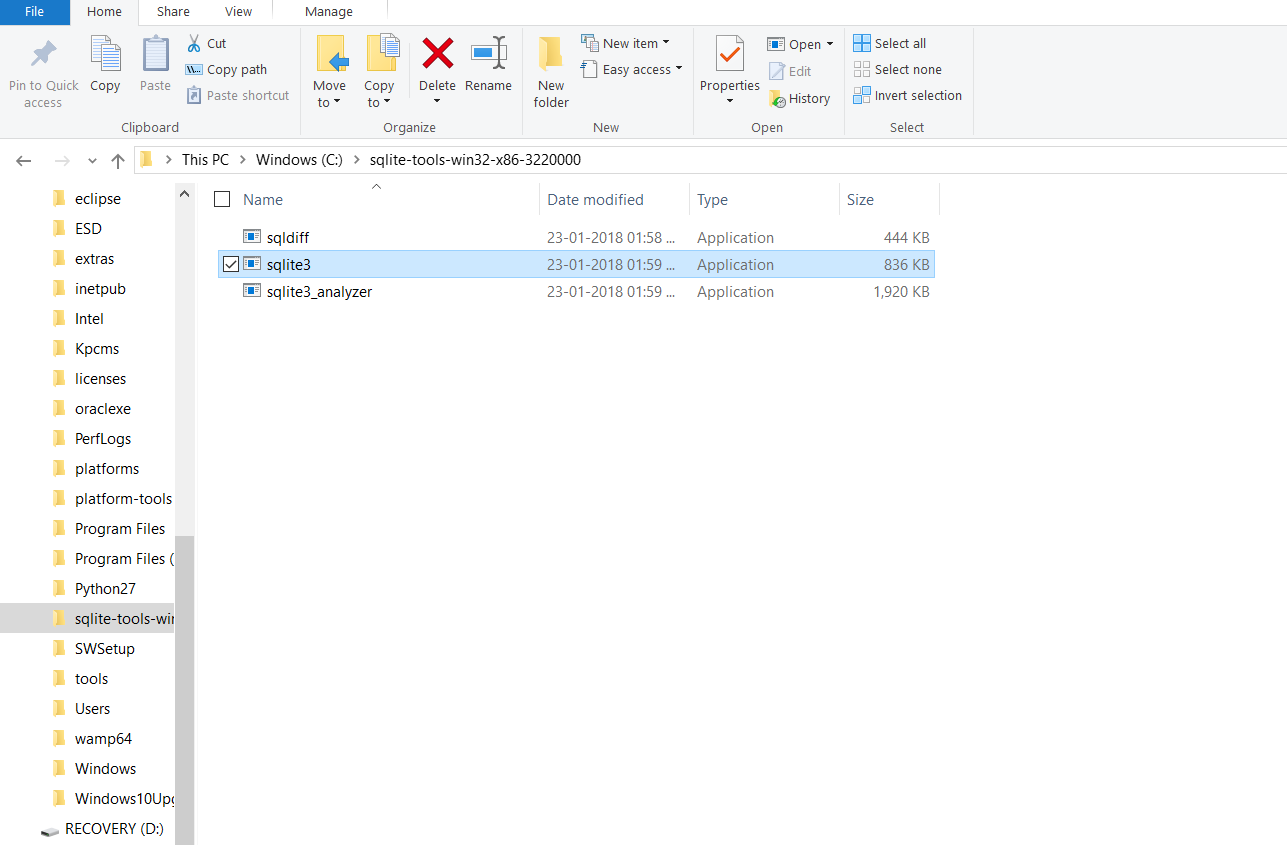 After clicking on the selected .exe file it will open SQLite application 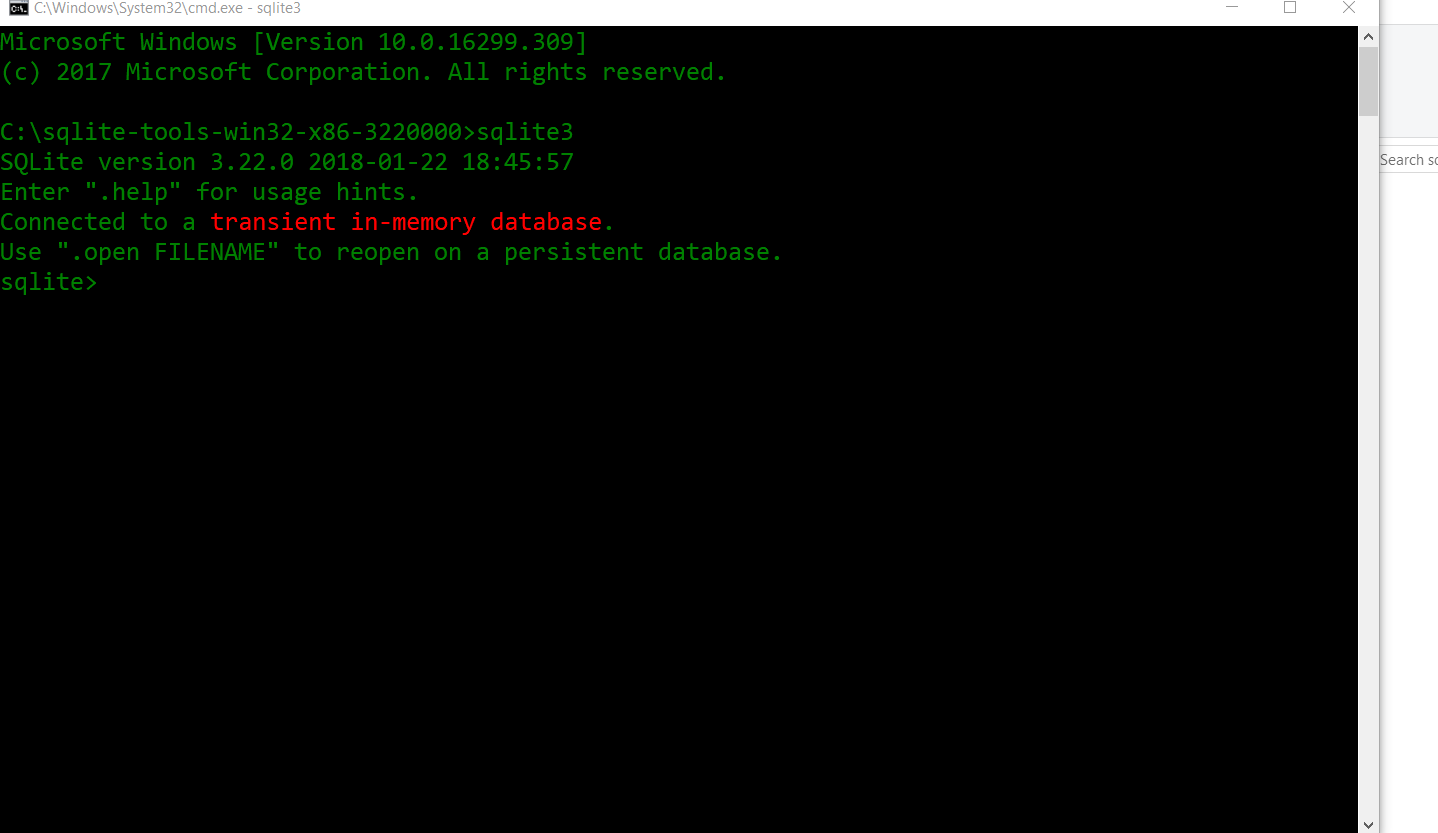 Installation on Linux: Open Terminal, type this command, and enter the password

It will automatically install and once it asks Do you want to continue (Y/N) type Y and press enter. After successful installation, we can check it by command sqlite3. 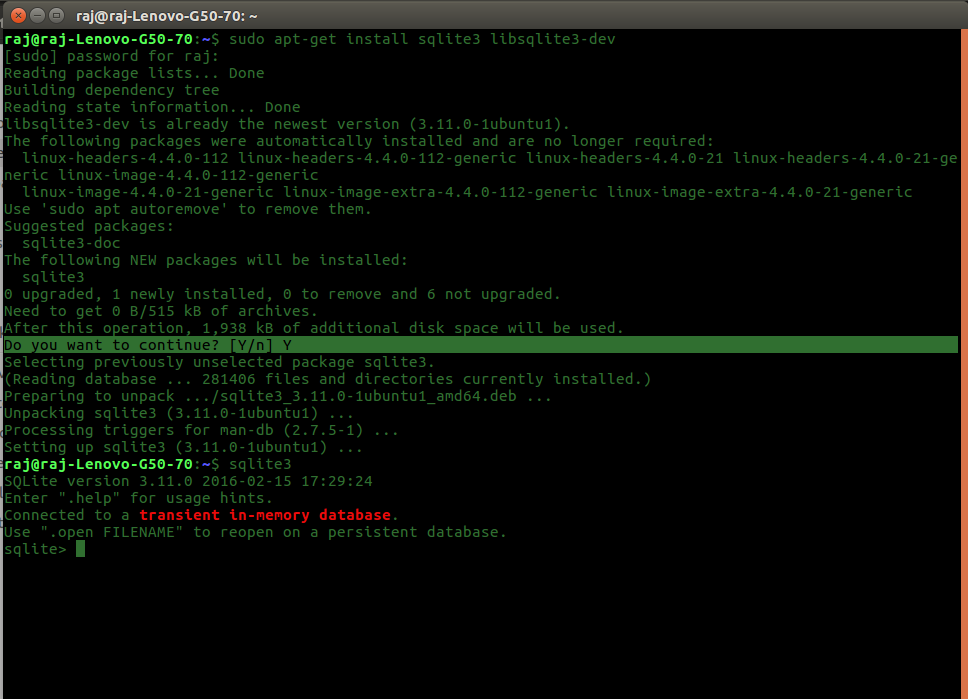 SQLite Commands In SQLite, there are several dot commands which do not end with a semicolon(;). Here are all commands and their description: 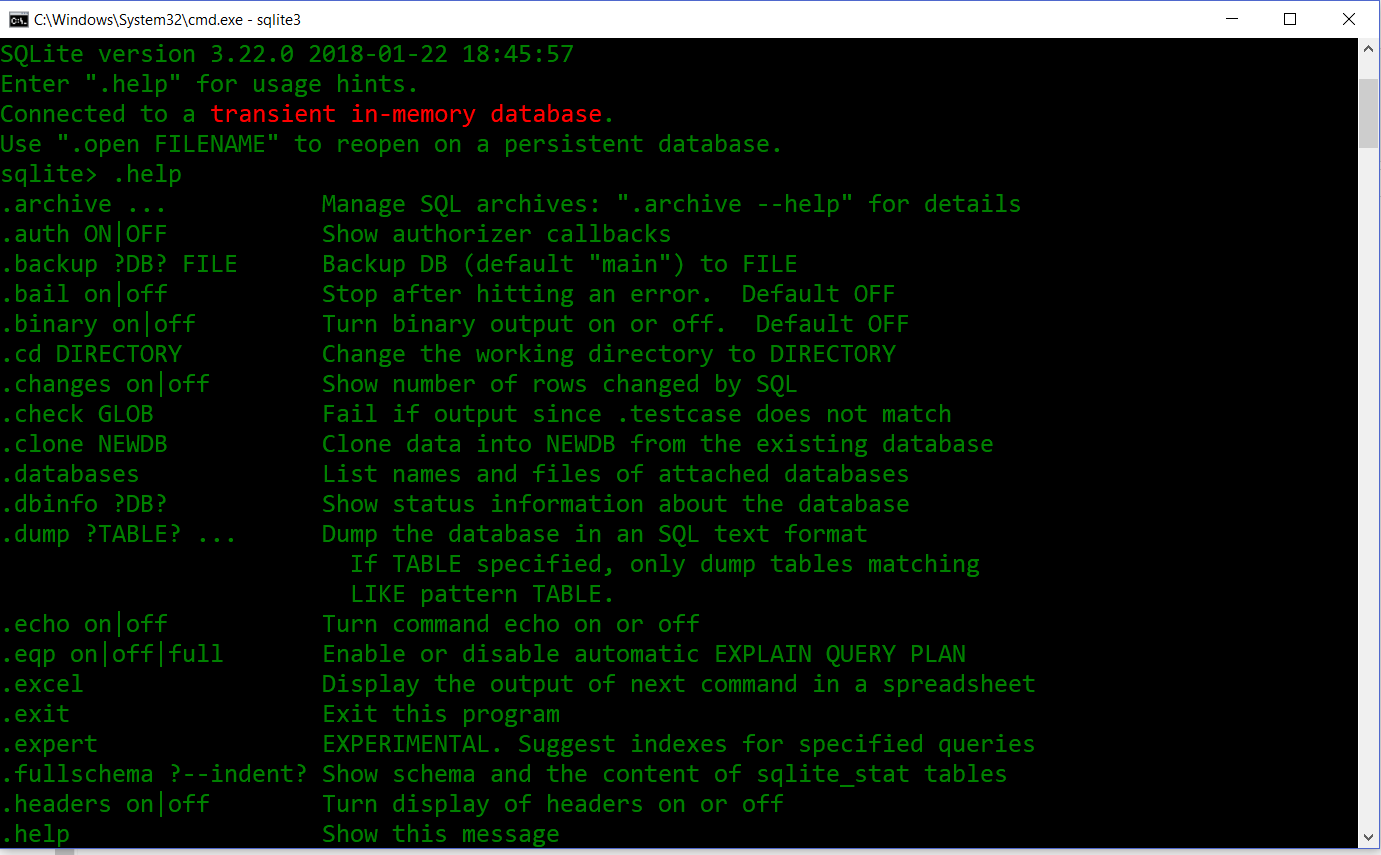 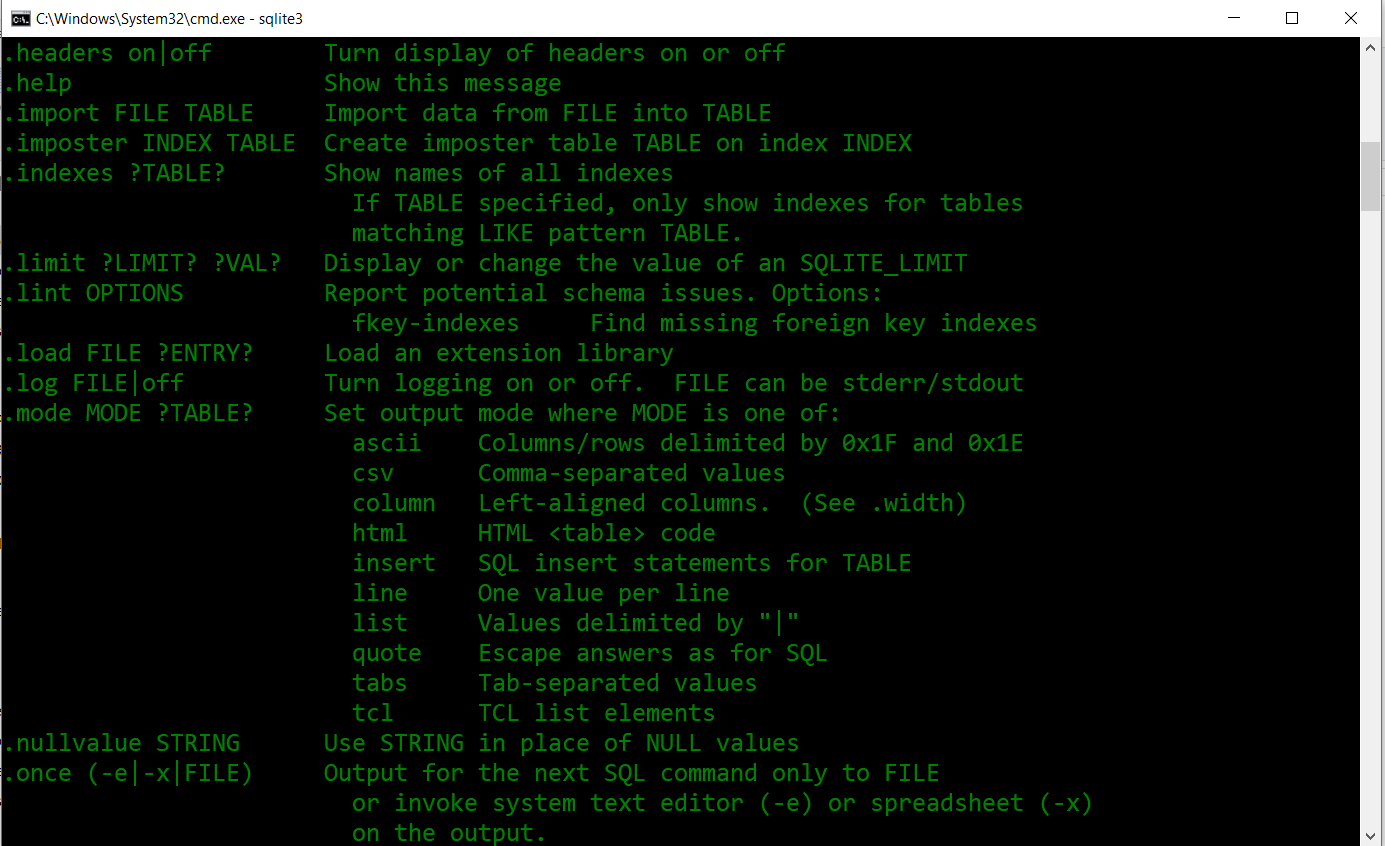 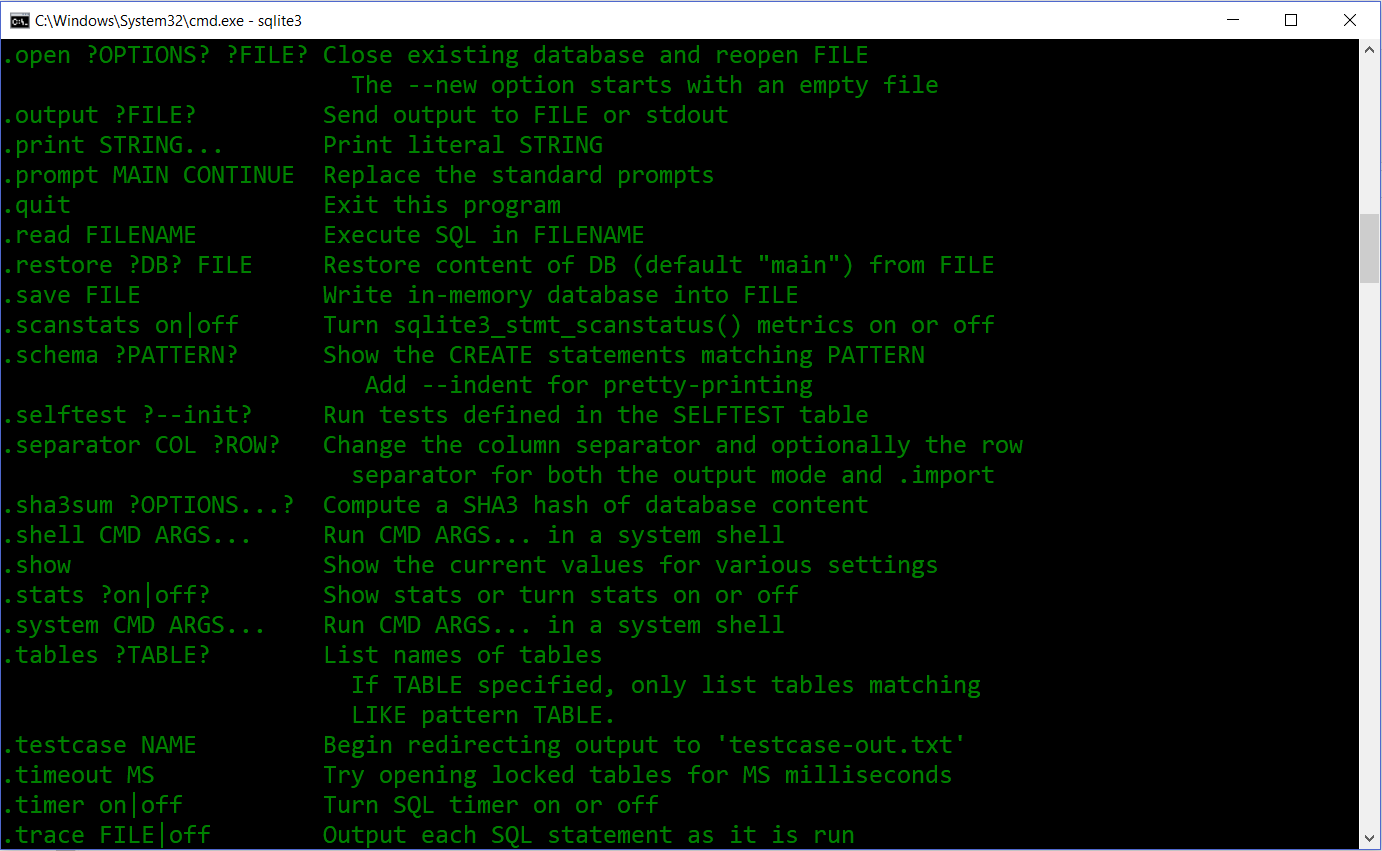 In SQLite, DDL (Data Definition Language) is used to create and modify database objects such as tables, indices, and views. Some examples of DDL statements in SQLite are:

DML (Data Modification Language) is used to modify the data stored in the database. Some examples of DML statements in SQLite are:

DQL (Data Query Language) is used to retrieve data from the database. Some examples of DQL statements in SQLite are:

Limited concurrency: SQLite uses file-based locking to control access to the database, which can lead to performance issues when multiple clients are trying to read and write to the database simultaneously. This makes it less suitable for use in highly concurrent systems.
No support for stored procedures: SQLite does not support stored procedures, which are pre-compiled SQL statements that can be executed on the server. This means that all SQL code must be sent to the server and compiled at runtime, which can be less efficient than using stored procedures.
No support for triggers: SQLite does not support triggers, which are database actions that are automatically triggered by specified events (such as the insertion of a row into a table). This means that you have to manually implement any logic that needs to be triggered by specific events.
Limited support for data types: SQLite has a relatively small set of data types compared to other database engines. It does not support many of the more advanced data types, such as arrays and JSON, that are available in other databases.
Limited scalability: SQLite is not designed to be a high-concurrency, high-transaction-rate database engine. It is more suited for use in smaller-scale, low-concurrency systems, and may not be able to scale to handle very large amounts of data or very high levels of concurrency.