It is implemented using Telnet. 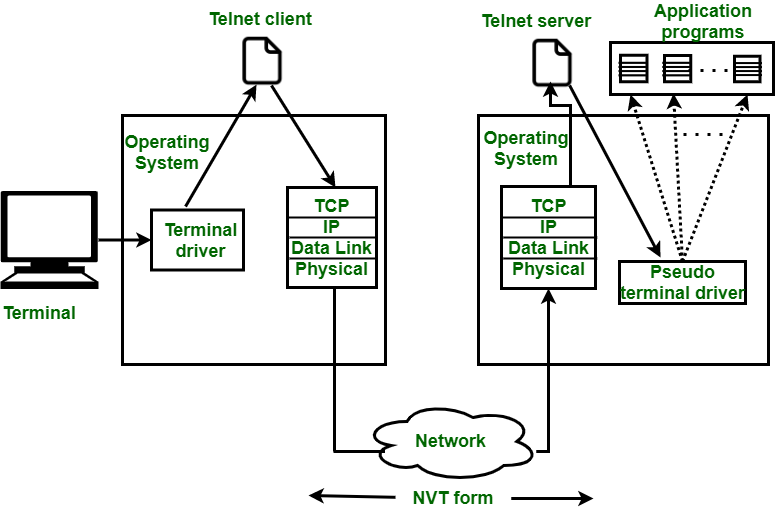