Technology is growing exponentially day by day; Quantum Computing and Machine Learning are two such buzzwords in the field of computer science which are playing a vital role in the same. But ever wondered what if we combine our knowledge of the quantum world with the present-day Machine Learning and Artificial Intelligence? What impact can it have on our technologies? Will it be useful for mankind or are we just shooting arrows in the dark?
Before getting into the detail of this let us first cover the basics of Quantum Computing and its surprising rules.
Quantum Mechanics:
It is well known that all the element shows both particle nature and wave nature which is time and again proved by a lot of scientist in the past. According to the laws of Quantum realm particle (at the quantum level like electrons, photons, etc.) exists in all the possible states until its observed. This phenomenon is called Superposition . One such thought experiment is Schrodinger’s Cat experiment. As absurd it may seem though Schrodinger’s Cat is very real. It’s essential if it weren’t possible for the quantum objects to be in two-state at once the computers you are using wouldn’t exist.
An old joke says that the internet exists to allow the sharing of cat’s videos. But at a very deep level internet owe to an Australian physicist and his imaginary cat.
Building Blocks for Quantum Computing:
Our classical computers work with two-bit 0 and 1. But in case of Quantum computer a bit can exist in a superposition of 0 and 1 with some probability of being 0 and with some probability of being 1 referred as Quantum bits or Qubit inspired from the laws of Quantum Mechanics.
Obviously, humans are administered by classical physics, and we eventually live in a world represented by classical physical science (for anything bigger than a molecule). So it naturally follows that the output must be classical – but the act of measuring the values causes the qubit to lose rationality and breakdown into one of the potential states that a system can occupy.
Qubits interact with each in such a way that the present state of a bit cannot be defined independently without the knowledge of other bits which is called Quantum Entanglement. In Layman’s language, we can say each bit depends upon the present state of the other bit. Tech giants like IBM, Google, and NASA are already investing tons of money in building quantum computers.
Machine Learning with Quantum Computing:
Machine Learning is all about complicated mathematical calculations with the large dimensions of data. Since a qubit can contain both 0 and 1 so we can say

So 1 qubit is 2 bits,2 qubit is 4 bits, 3 Qubit is 8 bits… and so on. Wait are you not impressed? Then let’s just imagine 300 Qubits which is 2^300 i.e 2^270 GB. We don’t even have that many atoms in the world(never underestimate the power of exponentials). Taking advantage of this classical data is converted into the Quantum data with dimensions reduced exponentially. Quantum data is any data source that occurs in a natural or artificial quantum system. Heuristic machine learning techniques can create models that maximize the extraction of useful classical information from noisy entangled data. The TensorFlow Quantum (TFQ) library provides primitives to develop models that disentangle and generalize correlations in quantum data—opening up opportunities to improve existing quantum algorithms or discover new quantum algorithms.
Apart from this unlike classical computer where a fixed input bit is sent to a module of the logic gate for some arithmetic operation and a respective fixed bit is obtained as output, in quantum computers quantum logic gates are used where input is a superposition bit and output obtained is also an entangled superposition bit. Here in this process, the same input qubit can be manipulated to the various required output with different entanglement in the logic gates and helps us to find patterns and relations faster in the data. While performing the same task in a classical computer, and in some cases, supercomputers also can take very years to calculate because of limitations in the computation power. And that’s what machine learning is all about finding hidden patterns in the data.
Some applications where we can impose quantum computing with machine learning are

Conclusion:
All of the above stuff may sound impossible but common sense is not something we can cling onto while dealing with the quantum realm. Quantum computers are not a more powerful version of our normal computer just like you cannot build a light bulb by increasing the power of candles. It’s altogether a different technology based on quantum mechanics and definitely will boast machine learning million times.
Also IBM offers access to the most advanced quantum computers for you to do real work so go and try your hands on that. 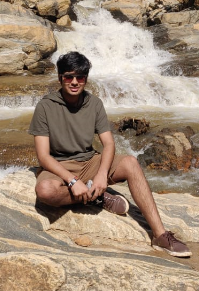