History :
In 1960, associate degree automaton model was introduced by Myhill and these days this automation model is understood as deterministic linear bounded automaton. After this, another scientist named Landweber worked on this and proposed that the languages accepted by a deterministic LBA are continually context-sensitive languages.

Tuples Used in LBA :
LBA can be defined with eight tuples (elements that help to design automata) as: 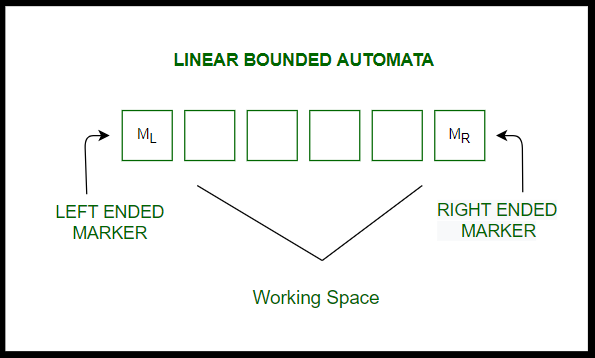 Languages that form LBA with tape as shown above,