Introduction to Faults in Software Engineering

Fault :
It is an incorrect step in any process and data definition in computer program which is responsible of the unintended behavior of any program in the computer. Faults or bugs in a hardware or software may cause errors. An error can be defined as a part of the system which will lead to the failure of the system. Basically an error in a program is an indication that failure occurs or has tp occurred.

If there are multiple components of the system, errors in that system will lead to component failure. As there are many component in the system that interact with each other, failure of one component might be responsible to introduce one or more faults in the system. Following cycle show the behavior of the fault.

Types of fault :
In software products, different types of fault can be occurred. In order to remove the fault, we have to know what type of fault which is facing by our program. So the following are the types of faults : 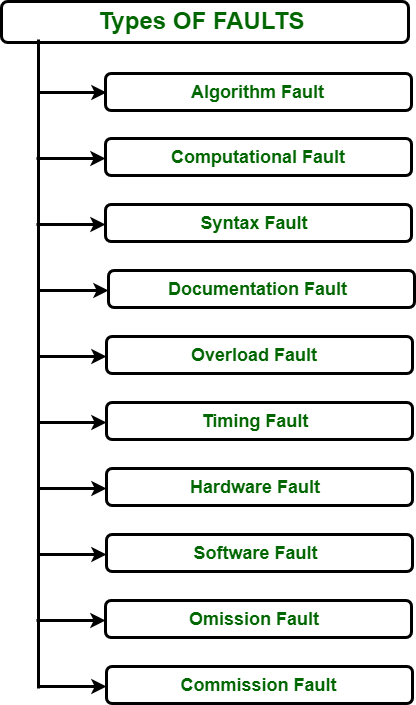 Fault Avoidance :
Fault in the program can be avoid by using techniques and procedures which aims to avoid the introduction of the fault during any phase of the safety lifecycle of the safety related system.

Fault Tolerance :
It is ability of the functional unit to continue to perform a required function even in the presence of the fault.