In this article, we will look at the basics of the AngularDart framework and how can we get started with it in online mode. So first let’s see what is Dart.

Dart: Dart is an object-oriented programming language that supports a various range of programming paradigms like Classes, Polymorphism, Interfaces, Inheritance, Collections, and Generics. Dart is developed by Google and is used in building applications and servers.

If you are a beginner and want to start implementing Dart code online before downloading its dependencies, we suggest you go for https://dartpad.dev/?id. But If you want to dive right into it, and want to implement code on your system, You can install Dart SDK from its official website https://dart.dev/tools/sdk/archive.

In the above code:

Note: We can clearly see that it’s quite similar to C-style syntax and JavaScript combined.

Note: To learn more about Dart and its setup, please check out the Geeks for Geeks Dart Tutorial.

Now let us see what is AngularDart.

If you have worked with Flutter and Dart before, then you are going to love AngularDart.

How to Run AngularDart Code Online: If you are a beginner and want to test your AngularDart code online, follow these steps:

Step 4: Select Dart and Toggle HTML switch ON and click on Create 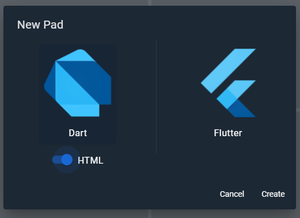 Step 5: Now You can Write the Dart, HTML, and CSS code, and to run the code, click on the Run button.

Below is the AngularDart Code implementation: 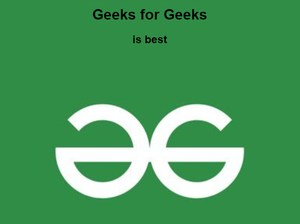 In the above code:

Note: If you want to download the dependencies into your system, please check out https://angulardart.dev/guide/setup Documentation.

Now, let’s see the core difference between AngularDart and its similar tools.

The Pros and Cons of AngularDart:

Complete Interview Preparation
View Details
System Design-Live Classes for Working Professionals
View Details
Data Structures & Algorithms- Self Paced Course
View Details
Most popular in AngularJS
Most visited in Blogathon
We use cookies to ensure you have the best browsing experience on our website. By using our site, you acknowledge that you have read and understood our Cookie Policy & Privacy Policy