IEEE802.15.4 developed the PHY and MAC layer whereas, the ZigBee takes care of  upper higher layers.

ZigBee is a standard that addresses the need for very low-cost implementation of Low power devices with Low data rates for short-range wireless communications.

Why another short-range communication standard?? 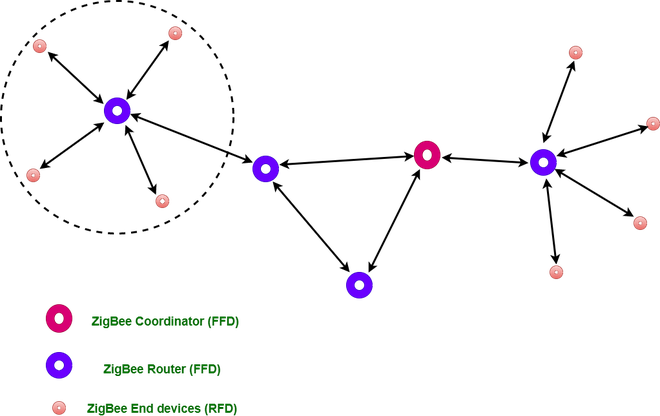 Operating Frequency Bands (Only one channel will be selected for use in a network):

Zigbee architecture is a combination of 6 layers. 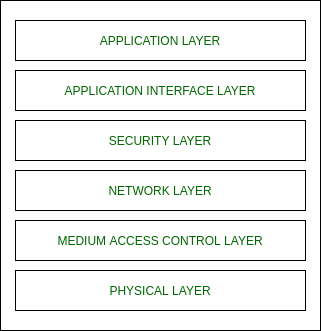