Introduction of Relational Model and Codd Rules in DBMS 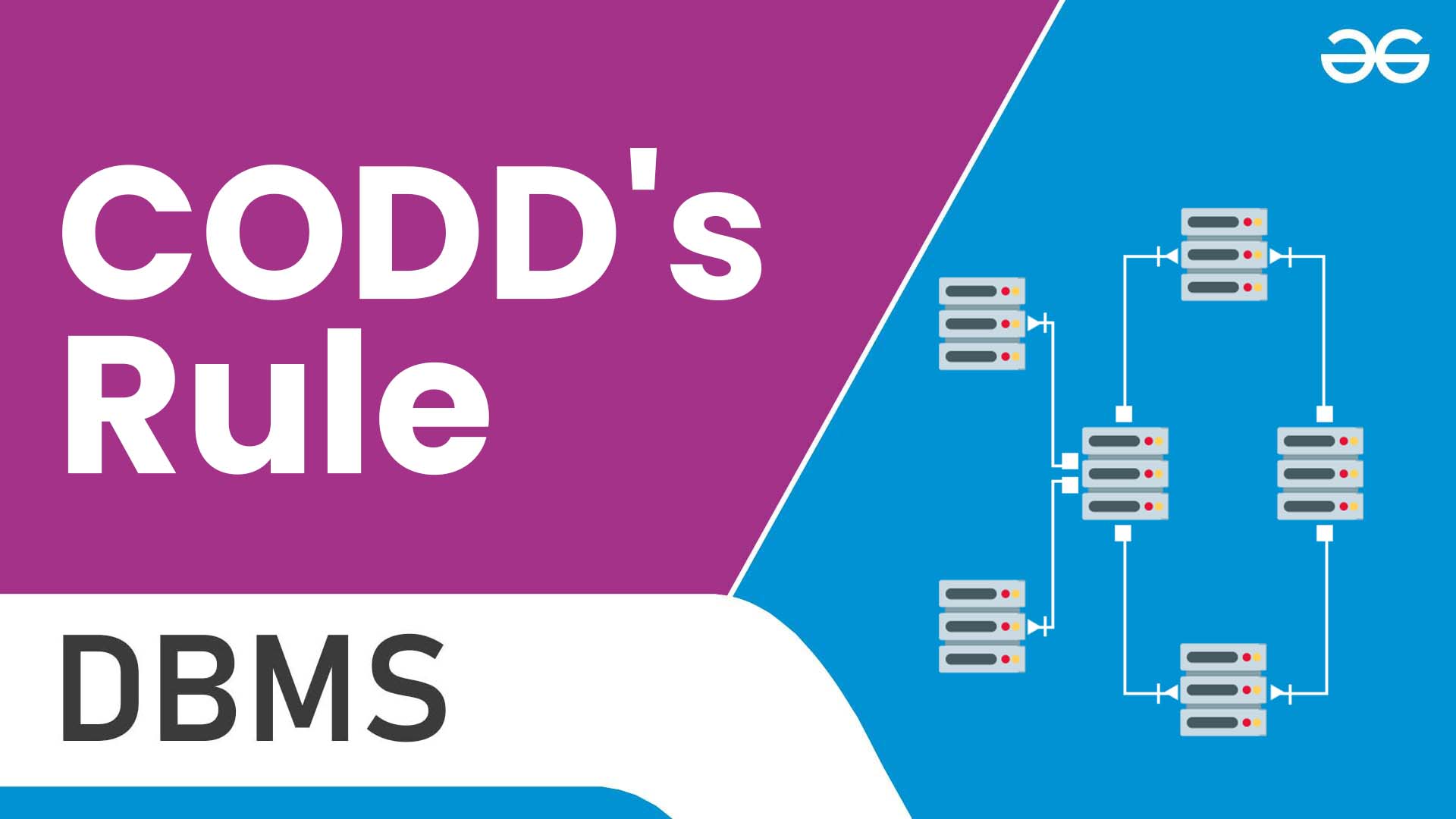 –
* It was proposed by Dr. E.F.Codd.
*It uses the concept of relations to represent each and every file.
*Relations are Two-Dimensional Tables.
* It is easy to implement and easy to simplification in the operations to
manipulating the data.
* This is most popular data model.
* It is simple to implement.
*It uses the primary key and secondary key to connect any two files.
*Normalization Theory is used to design the object based data model.
*Relational algebra and relational calculus are used to process the
relations manually.
*Many of the database languages are oriented handling relational data
model.
* A RDM consists of relations with to connect them by key fields. A
relation has some attributes. They are
*The relation is represented in rows and columns.
* Each column of the relation is called as attribute.
*Each row in the relation is called as tuple.
*Each relation can have one unique columns i.e. primary key.
* Each relation can have n-columns and n-tuple.
Each relation is preceded by the name of that relation. The fields of the
relations are separated by commas and placed within the parentheses of the
relation.
STUDENT (StudNo, Sname, Special)
ENROLLMENT (StudNo, Subcode, marks)
SUBJECT (Subcode, Subname, Maxmarks, Faccode)
FACULTY (Faccode, Fname, Dept)

Relational model represents data in the form of relations or tables. Relational Schema: Schema represents structure of a relation. e.g.; Relational Schema of STUDENT relation can be represented as: STUDENT (STUD_NO, STUD_NAME, STUD_PHONE, STUD_STATE, STUD_COUNTRY, STUD_AGE) Relational Instance: The set of values present in a relation at a particular instance of time is known as relational instance as shown in Table 1 and Table 2. Attribute: Each relation is defined in terms of some properties, each of which is known as attribute. For Example, STUD_NO, STUD_NAME etc. are attributes of relation STUDENT. Domain of an attribute: The possible values an attribute can take in a relation is called its domain. For Example, domain of STUD_AGE can be from 18 to 40. Tuple: Each row of a relation is known as tuple. e.g.; STUDENT relation given below has 4 tuples. NULL values: Values of some attribute for some tuples may be unknown, missing or undefined which are represented by NULL. Two NULL values in a relation are considered different from each other. Table 1 and Table 2 represent relational model having two relations STUDENT and STUDENT_COURSE.

RELATIONAL ALGEBRA:-
*It is a procedural Language.
* It consists of a set of operators that can be performed on relations.
* It forms the basis for many other high level data sub-languages like
SQL, QBE.
* The relational algebra has mainly 9 types of operators. These are

4. CARTESIAN PRODUCT(X):-
 A and B are two relations. It has a new relation consisting of all pair
wises combinations of all elements in A and B.
 The relation A has “m” elements and relation B has “n” elements, then
the resultant relation will be “ m * n “.
 Syntax:- A TIMES B (OR) A X B
Example:- A = { clerk, manager, salesman}
B = { president, clerk, manager}
A TIMES B = { (clerk, president), (clerk, clerk), (clerk, manager), (manager,
president), (manger, clerk), (manger, manger), (salesman, president),
(salesman, clerk), (salesman, manager) }
5. SELECTION ():-
 It displays all the attributes or columns of all the rows in a relation.
 “” operator can be used to select the attributes in a relation.
Notation – σcondition(relation name)

It selects tuples that satisfy the given predicate from a relation.

Codd rules were proposed by E.F. Codd which should be satisfied by relational model.