The committee began working on a faster Ethernet, quickly dubbed gigabit Ethernet. The goal was to increase performance while maintaining all Ethernet standards. Gigabit Ethernet had to provide service with both unicast and broadcast using the same 48-bit address scheme and also maintaining the same frame format. All configurations of gigabit Ethernet must use point-to-point links. In fig.(a) two computers are directly attached to each other.

However, uses a switch or hub connected to multiple computers and possibly additional switches or hubs as shown in fig.(b). In both figures, the Ethernet cable has exactly two devices on it. 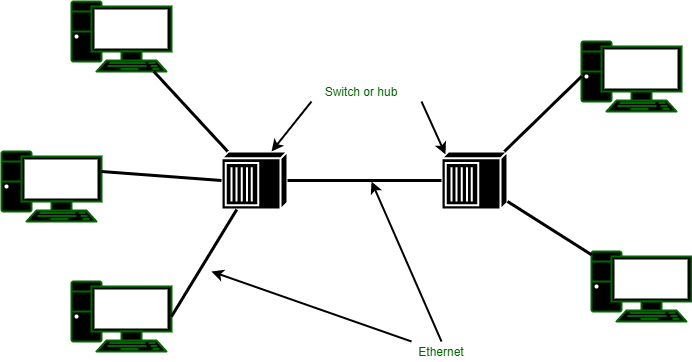