Foldable screens, once thought to be impossible, but in today’s era nothing seems to be impossible and these foldable screens are a reality in form of foldable phones. This phone becomes a tablet when opened and a pocket-sized smart-phone when folded. But, question is how they achieved such a technological feat.
Well, answer is flexible screens; it is one out of several other advancements and is a crucial component of foldable devices and thin TVs. 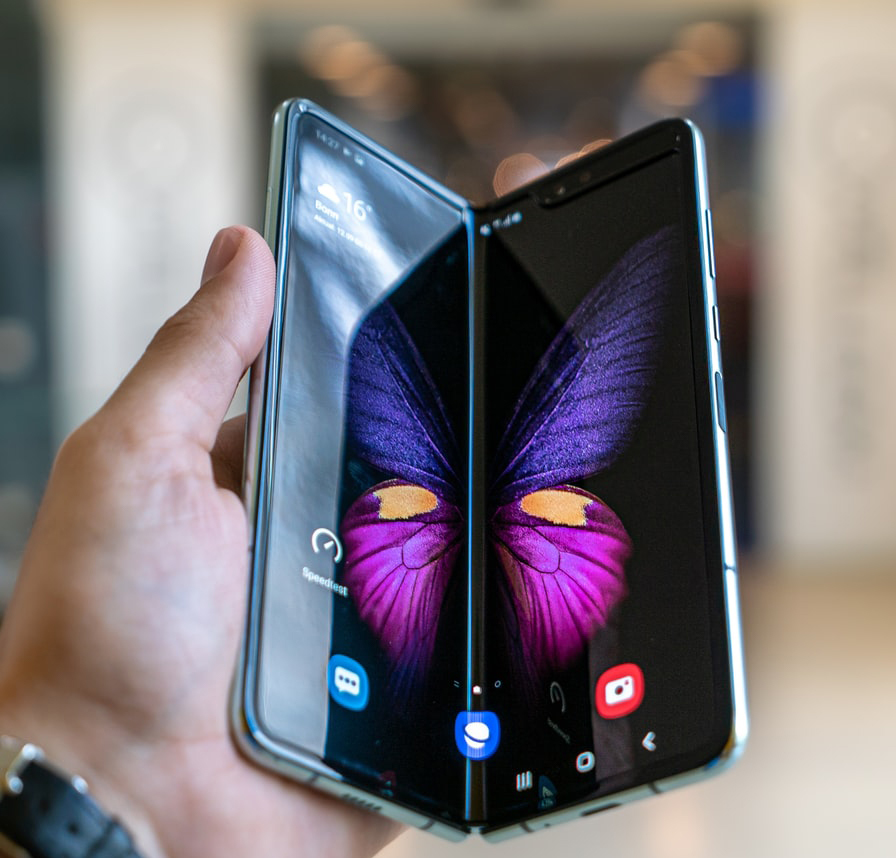 The screens used for making foldable devices are known as OLED (Organic Light Emitting Diode), and are made up of organic compounds, when electricity is passed through them they emit their own light, which means these screens do not require backlit lights for working, making screens more thin and flexible and also they generate more accurate colors and have a large color gamut, unlike LCD’s which require a back-lit light source for working due to which LCD’s become heavy and thick.
LED displays are actually printed on a thin layer of plastic, which allows them to bend and fold in many different ways.

Working of Foldable Display :
The screens are very thin due to which they can be easily bent as they are printed on a flexible plastic membrane. And instead of using tempered glass for protection most of the devices use plastic-based material for protecting screen preserving its foldable nature. 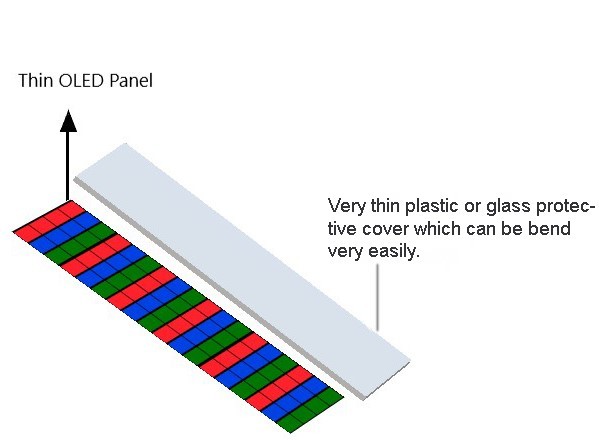 As shown in image colored LEDs are made with organic compounds and top layer is made of either transparent plastic or very thin sheet of glass which is foldable. The OLED panels produce their own light mitigating need for a back LED panel for their working. The working is simple but very effective and in same way, we are moving towards QLED displays, where pixels are so minuscule that we might barely notice them.

The Samsung galaxy Z-flip is only phone to have real foldable glass, reason for folding nature of glass is, it is very thin and manufacturer of glass says, “If you can make thin enough layer of glass then you can actually bend it”.
Whereas Samsung galaxy fold does not have a protective glass, instead there is a thin sheet of plastic covering screen.

The first one is that screen will get damaged over time with continuous folding and unfolding, also as user has to interact with screen it will get damaged over a period of time.
And last but not least, these displays are expensive as galaxy fold itself costs around $2000 which is nearly 1,44,000 Indian Rupee, which is way more expensive than any other device. Similar devices which are made of flexible screens like TV, monitor actually cost a lot.

So, what will be future of these displays? Well, experts say that future gadgets will surely use foldable displays for space management, mobility, durability, etc.