If you are using any major operating system you are indirectly interacting to shell. If you are running Ubuntu, Linux Mint or any other Linux distribution, you are interacting to shell every time you use terminal. In this article I will discuss about linux shells and shell scripting so before understanding shell scripting we have to get familiar with following terminologies –

The kernel is a computer program that is the core of a computer’s operating system, with complete control over everything in the system. It manages following resources of the Linux system –

It is often mistaken that Linus Torvalds has developed Linux OS, but actually he is only responsible for development of Linux kernel.
Complete Linux system = Kernel + GNU system utilities and libraries + other management scripts + installation scripts.

A shell is special user program which provide an interface to user to use operating system services. Shell accept human readable commands from user and convert them into something which kernel can understand. It is a command language interpreter that execute commands read from input devices such as keyboards or from files. The shell gets started when the user logs in or start the terminal. 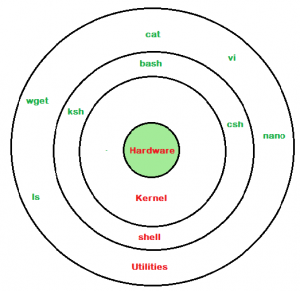 Shell can be accessed by user using a command line interface. A special program called Terminal in linux/macOS or Command Prompt in Windows OS is provided to type in the human readable commands such as “cat”, “ls” etc. and then it is being execute. The result is then displayed on the terminal to the user. A terminal in Ubuntu 16.4 system looks like this – 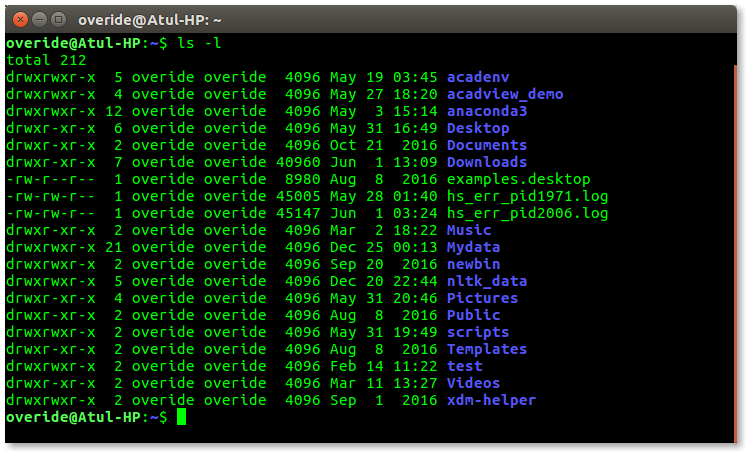 In above screenshot “ls” command with “-l” option is executed.

It will list all the files in current working directory in long listing format.
Working with command line shell is bit difficult for the beginners because it’s hard to memorize so many commands. It is very powerful, it allows user to store commands in a file and execute them together. This way any repetitive task can be easily automated. These files are usually called batch files in Windows and Shell Scripts in Linux/macOS systems.

Graphical shells provide means for manipulating programs based on graphical user interface (GUI), by allowing for operations such as opening, closing, moving and resizing windows, as well as switching focus between windows. Window OS or Ubuntu OS can be considered as good example which provide GUI to user for interacting with program. User do not need to type in command for every actions.A typical GUI in Ubuntu system –

There are several shells are available for Linux systems like –

Each shell does the same job but understand different commands and provide different built in functions.

Usually shells are interactive that mean, they accept command as input from users and execute them. However some time we want to execute a bunch of commands routinely, so we have type in all commands each time in terminal.
As shell can also take commands as input from file we can write these commands in a file and can execute them in shell to avoid this repetitive work. These files are called Shell Scripts or Shell Programs. Shell scripts are similar to the batch file in MS-DOS. Each shell script is saved with .sh file extension eg. myscript.sh

Why do we need shell scripts

There are many reasons to write shell scripts –

If you work on terminal, something you traverse deep down in directories. Then for coming few directories up in path we have to execute command like this as shown below to get to the “python” directory – 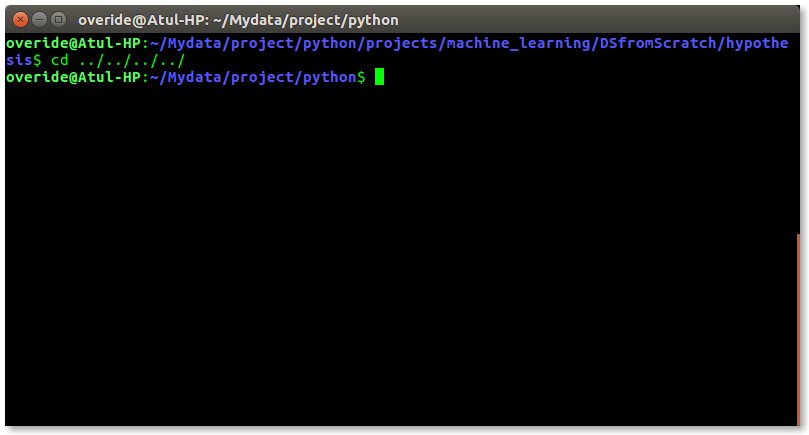 It is quite frustrating, so why not we can have a utility where we just have to type the name of directory and we can directly jump to that without executing “cd ../” command again and again. Save the script as “jump.sh”

For now we cannot execute our shell script because it do not have permissions. We have to make it executable by typing following command –

Now to make this available on every terminal session, we have to put this in “.bashrc” file.
“.bashrc” is a shell script that Bash shell runs whenever it is started interactively. The purpose of a .bashrc file is to provide a place where you can set up variables, functions and aliases, define our prompt and define other settings that we want to use whenever we open a new terminal window.
Now open terminal and type following command – 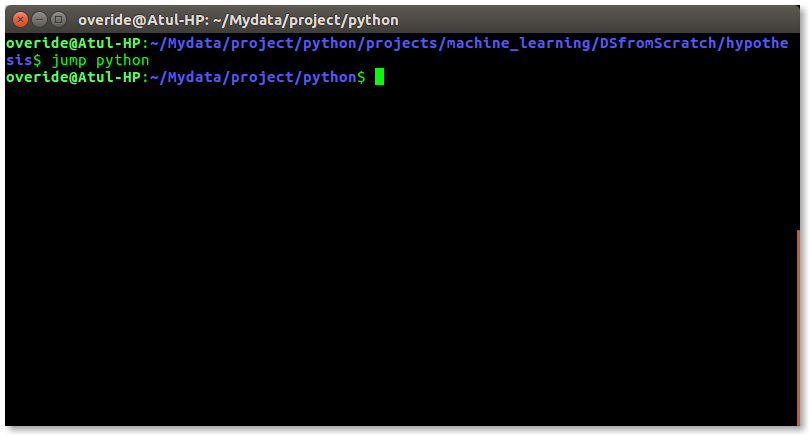 Most popular articles
Most visited in Operating Systems
✍
Write a Testimonial