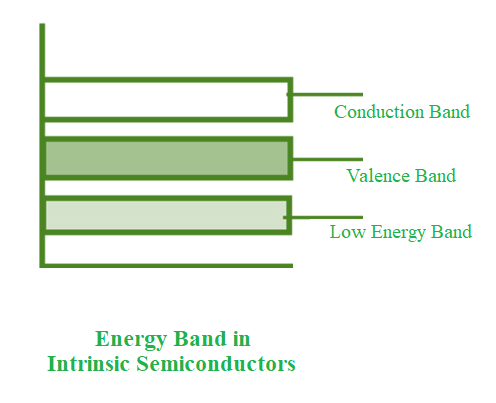 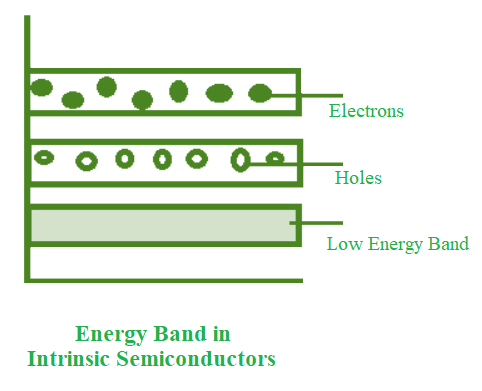 N-type semiconductors are extrinsic semiconductors in which dopant atoms can provide additional conduction electrons to the host material (e.g. phosphorus in silicon).

An overabundance of negative (n-type) electron charge carriers results as a result of this. Doping atoms often contain one extra valence electron than the host atoms. Atomic replacement in group-IV solids by group-V elements is the most typical case. When the host includes many types of atoms, the issue becomes more complicated. Silicon, for example, can act as a donor when it replaces gallium or as an acceptor when it replaces arsenic in III-V semiconductors like gallium arsenide. Some donors have fewer valence electrons than the host, such as alkali metals, which are donors in most solids.

To enhance the number of free charge carriers, a p-type (p for “positive”) semiconductor is formed by adding a certain type of atom to the semiconductor.

The doping substance removes (accepts) weakly bonded outer electrons from semiconductor atoms when it is introduced. The vacancy left behind by the electron is known as a hole, and this sort of doping agent is also known as an acceptor substance. The goal of p-type doping is to produce a large number of holes.

In the instance of silicon, the crystal lattice is swapped by a trivalent atom. As a result, one of the four covalent bonds that typically make up the silicon lattice is lacking an electron. As a result, the dopant atom can accept an electron from the covalent link of a nearby atom to complete the fourth bond. Acceptors are the name given to these dopants because of this.

When a dopant atom takes an electron, it causes the nearby atom to lose half of its link, resulting in the creation of a hole. Each hole is connected to a neighbouring negatively charged dopant ion, resulting in an electrically neutral semiconductor. Once each hole has strayed away into the lattice, one proton in the atom at the hole’s position will be “exposed,” meaning it will no longer be cancelled by an electron. This atom will contain three electrons and one hole in its nucleus, which will have four protons.

As a result, a hole behaves like a positive charge. When a large enough number of acceptor atoms are supplied, thermally excited electrons are substantially outnumbered by holes. In p-type materials, holes are the majority carriers, whereas electrons are the minority carriers.

Difference between Intrinsic and Extrinsic Semiconductors

The following are some of the key distinctions between extrinsic and intrinsic semiconductors:

Question 1: What is an n-type semiconductor?

Question 2: What is a P-type semiconductor?

As a result, a void or hole is produced, and it becomes necessary to fill it. As a result, an electron in the outer orbit of a nearby atom has a chance to leap and fill the void. In this way, one electron is removed from the system, leaving a void or a hole in its stead. Conduction can then occur through the hole.

Question 3: What is the result of doping germanium metal with a little quantity of indium?

P-type semiconductors are made from germanium impurities that include indium. Impurities of a trivalent nature can be added to germanium to generate the P-type material. They are called acceptor impurities because they are trivalent.

Question 4: What is the name of a pure semiconductor crystal in which current flows owing to the breaking of crystal bonds?

Question 5: In which of the following situations do holes make up the majority of the current?