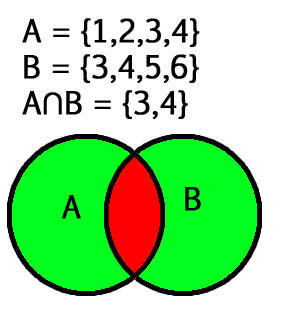 set1.intersection(set2, set3, set4….)
In parameters, any number of sets can be given

The intersection() function returns a set, which has the intersection of all sets(set1, set2, set3…) with set1. It returns a copy of set1 only if no parameter is passed.

we can also get intersection using & operator.