Python, being a very dynamic and versatile programming language, is used in almost every field. From software development to machine learning, it covers them all. This article will focus on some interesting coding problems which can be used to sharpen our skills a bit more and at the same time, have fun solving these list of specially curated problems. Although this article will focus on solving these problems using Python, one can feel free to use any other language of their choice. So let’s head right into it!

The theorem states that a monkey hitting keys at random on a typewriter keyboard for an infinite amount of time will almost surely type a given text, such as the complete works of William Shakespeare. Well, suppose we replace a monkey with a Python function. How long would it take for a Python function to generate just one sentence? The sentence we will go for is: “a computer science portal for geeks”.
The way we will simulate this is to write a function that generates a string that is 35 characters long by choosing random letters from the 26 letters in the alphabet plus space. We will write another function that will score each generated string by comparing the randomly generated string to the goal. A third function will repeatedly call generate and score, then if 100% of the letters are correct we are done. If the letters are not correct then we will generate a whole new string. To make it easier to follow, our program should keep track of the best string generated so far.

Here, we wrote three functions. One will generate a random string using the 26 characters of the alphabet and space. The second function will then score the generated string by comparing each letter of it with the goalString. The third function will repeatedly call the first two functions until the task is completed. It will also take note of the best string generated so far by comparing their scores. The one with the highest score will be the best one. Finally, we run this program in our IDE and see it work.

This is a really interesting program as it generates some really funny outputs. It is also a healthy practice problem for beginners who want to understand the “string” type more clearly. Let’s look into the problem.

Given a string, find a substring based on the following conditions:

Although there can be many methods of approach to this problem, we will look at the most basic one.

Here, we write a single function that will carry out the entire task. First it will initialize variables called substring and testList to store the substring and a list of possible outputs respectively. Then it will loop over the entire string provided and break every time it finds a repetition and appends that word to testList. Finally, the longest word out of the possible outputs is returned. 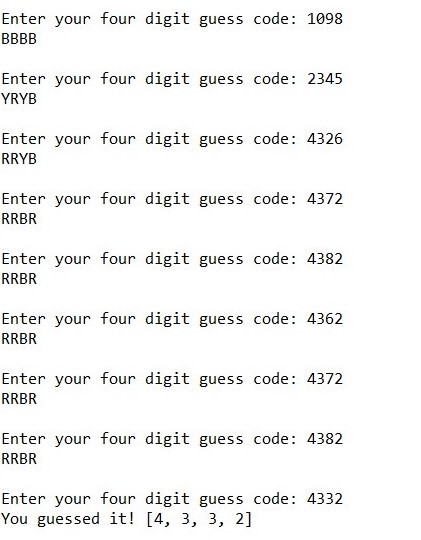 A very simple problem with many different solutions, but the main aim is to solve it in the most efficient way. A man was given directions to go from point A to point B. The directions were: “SOUTH”, “NORTH”, “WEST”, “EAST”. Clearly “NORTH” and “SOUTH” are opposite, “WEST” and “EAST” too. Going to one direction and coming back in the opposite direction is a waste of time and energy. So, we need to help the man by writing a program that will eliminate the useless steps and will contain only the necessary directions.
For example: The directions [“NORTH”, “SOUTH”, “SOUTH”, “EAST”, “WEST”, “NORTH”, “WEST”] should be reduced to [“WEST”]. This is because going “NORTH” and then immediately “SOUTH” means coming back to the same place. So we cancel them and we have [“SOUTH”, “EAST”, “WEST”, “NORTH”, “WEST”]. Next, we go “SOUTH”, take “EAST” and then immediately take “WEST”, which again means coming back to the same point. Hence we cancel “EAST” and “WEST” to giving us [“SOUTH”, “NORTH”, “WEST”]. It’s clear that “SOUTH” and “NORTH” are opposites hence canceled and finally we are left with [“WEST”].

Here b can be written as:

which is a square of every element of a. Hence, they are same. If a or b are None, our program should written False