1. Strings are Immutable
Once a string is defined, it cannot be changed. 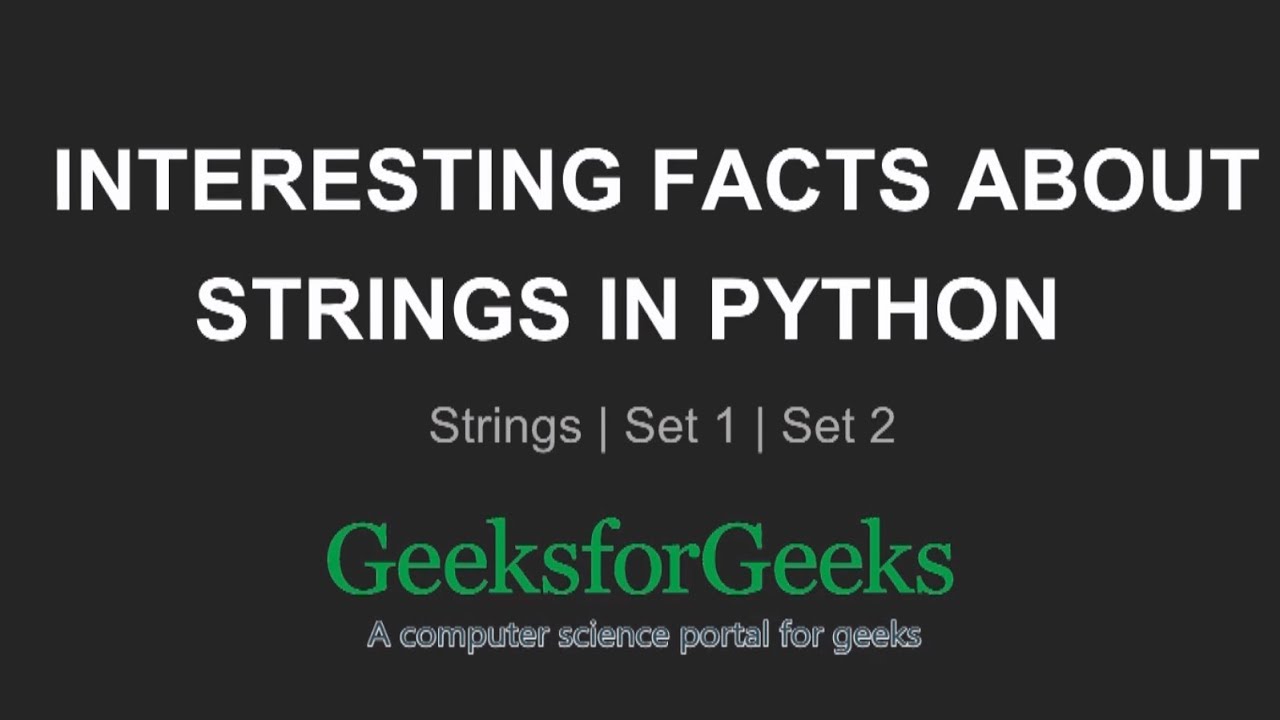 But below code works fine.

In the second program, interpreter makes a copy of the original string and then work on it and modifies it. So the expression a = a +’for’ doesn’t change string but reassigns the variable a to the new string generated by the result and drops down the previous string.

Understand using id() function.
id() function is used to return the identity of an object.

string1 and string2 both point to same object or same location.Now if someone try to modify any one of the string results will be different.

String1 is modified which contradict the fact that strings are immutable, but the identity before and after modification are different.It means a new object of the string1 is created after modification which confirms the fact that strings are immutable as no change was made in previous object of string1 rather a new one is created.

2. Three ways to create strings:
Strings in Python can be created using single quotes or double quotes or a triple quotes .

The single quotes and double quotes works same for the string creation.Talking about triple quotes, these are used when we have to write a string in multiple lines and printing as it is without using any escape sequence.

How to print single quote or double quote on screen?
We can do that in the following two ways:

How to print escape character instead?