Intent-based networking (IBN) is a systematic approach to bind infrastructure management and business intent. It is a network management approach in which artificial intelligence (AI) and machine learning (ML) play a major role by automating all the organizational tasks which can be applied across the network i.e., it helps in accomplishing a specific purpose or intent.

In the IBN approach, the network can translate the intents into network policies. Further with the aid of automation, it can deploy suitable configurations to the network. The input to IBN is provided either with the help of API (Application Program Interface) or through the Graphical User Interface (GUI).

Working of Intent-based networking (IBN) :
IBN is an extension of software-defined networking (SDN). It consists of a network controller that acts as a central control point for the network by managing the distributed devices present across the network. The central controller also plays a major role in network abstraction along with the integration.

There are 3 functional blocks of IBN namely – 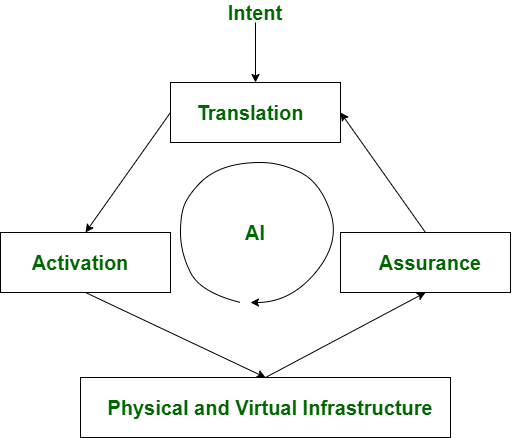