In Geometry, there is a specific classification where shapes are found within other shapes, for instance, a circle within a triangle, quadrilateral within a circle, etc. The shapes are called Inscribed and circumscribed. The inner shape is known as the “Inscribed shapes” while the outer shape is known as the “Circumscribed shapes”. Suppose a circle is Inscribed in any other shape (a polygon), the edges of the polygon (all touching the circle) are the tangents to the circle. 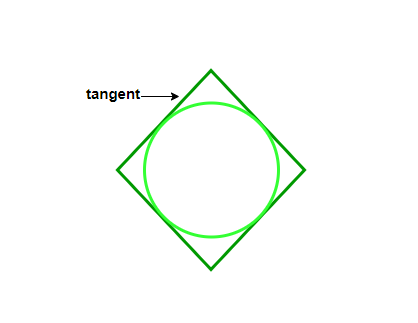 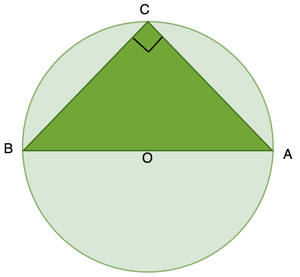 This is also referred to as Thales Theorem.

The below diagram has the OC line segment added to it. 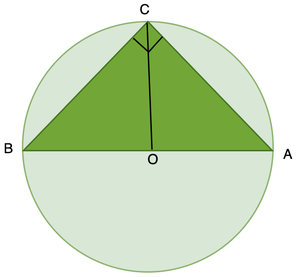 The sum of the measures of the three angles in a triangle is 180 degrees and so,

Using the angle equivalences from the previous paragraph

Substituting this into the previous formula we find

Question: Triangle ΔABC is inscribed in a circle O, and side AC passes through the circle’s centre. Find the circle’s diameter. 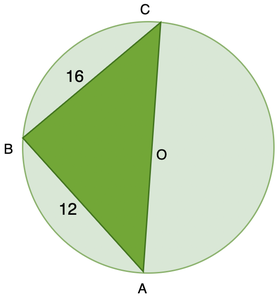 We know that the triangle inscribed by a chord that passes through the centre of the circle is a right triangle.

Hypotenuse theorem can be applied here, 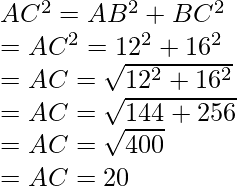 The diameter of the circle is 20.

An Inscribed angle in a circle is defined in such a way that its two sides/rays are acting as the chord to the circle and the vertex of the angle is placed on the circumference of the circle. 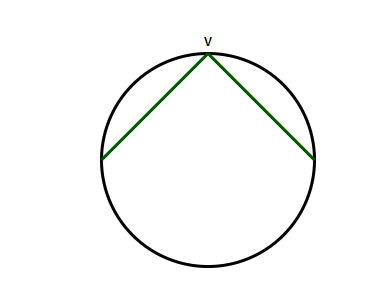 When a quadrilateral is inscribed in a Circle such a way that all the vertices of the quadrilateral are touching the circumference of the circle. There are certain properties for the cyclic Quadrilateral. 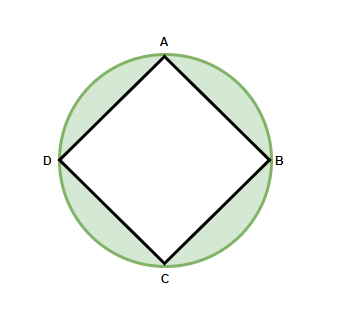 Question 1: In the figure below, find the other angle. 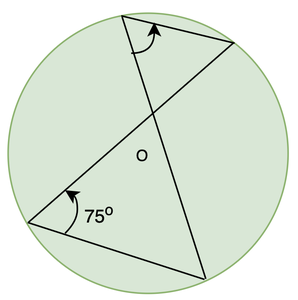 Since both the angles inscribed are from the same arc, the angles must be equal.

So, the other angle is also 75o

Question 2: In the figure below, find the length of minor arc AC. 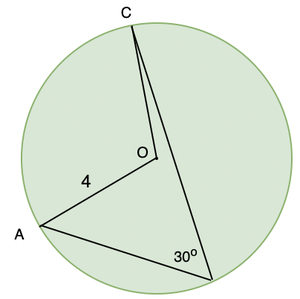 Now we have the angle inscribed at the centre and the radius of the circle is 4cm(given).

The length of the arc can be found out by

So, plugging the values in the above formula.

Question 3: In the given figure, CD is chord which is equal to the radius of the circle, AB is the diameter as shown, Chords AC and BD are extended outside the circle to meet at E. Prove that ∠AEB = 60° 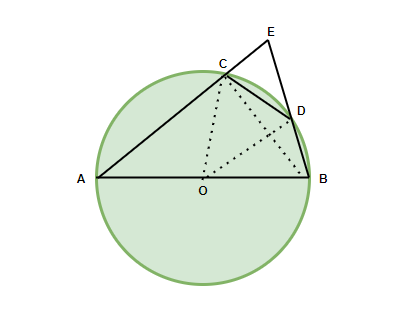 Construction: Join OC, OD and BC with dotted lines.

Proof: △COD is an equilateral triangle since all three sides are equal to the radius of the circle.