Import Only Selected Columns of Data from CSV in R

In this article, we will be looking at two different approaches to import selected columns of the Data from a CSV file in the R programming language.

In this method of only importing the selected columns of the CSV file data, the user needs to call the read.table() function, which is an in-built function of R programming language, and then passes the selected column in its arguments to import particular columns from the data. Here, the user has to pass the null value to the parameter, to avoid importing that particular column.

read.table() function reads a file in table format and creates a data frame from it, with cases corresponding to lines and variables to fields in the file. 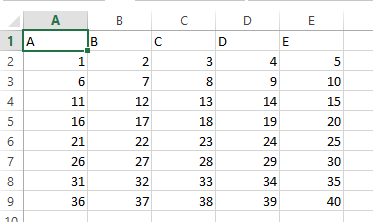 fread() function is fast and more convenient to controls such as sep, colClasses, and nrows are automatically detected