Along with building a UI in Flutter, we can also integrate it with the backend. Most applications use API to display the user data. We will use the HTTP package, which provides advanced methods to perform operations. REST API uses simple http calls to communicate with JSON data because:

Let us see how a JSON file is used to Fetch, Delete & Update data in a flutter app. We will make separate dart files of Main.dart for easier debugging & cleaner code in the following steps.

Step 1: Setting up the Project

Install the http dependency and add it in pubspec.yaml file in order to use API in the application.

This basic request uses the get method to fetch the data from the specified URL in JSON format. Each request returns a Future<Response>. A Future<> is used to represent a potential value or error that will be available at some time in the future, for example, you made a request to a server now the response will take less than a few seconds, this time is represented from Future<>. Here, we use async & await feature which ensures that the response is asynchronous which means until & unless we get the response, it will not move further.

Create a Fruit class & saving as fruit.dart as shown below:

Display the response on the screen from main.dart file as shown below:

Following is the JSON Data upon running the application: 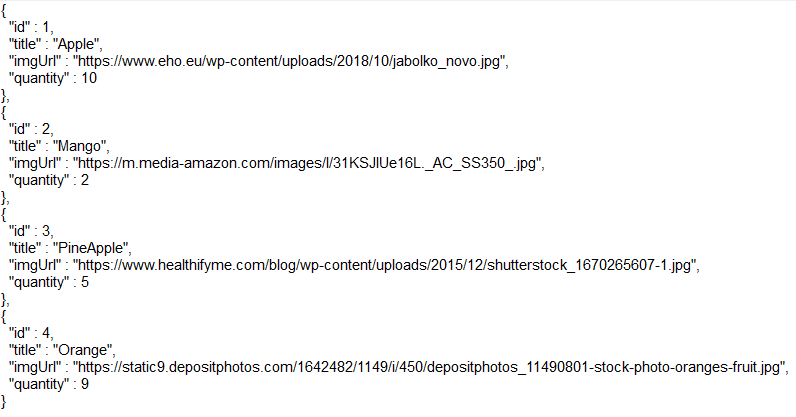 Following is the UI screen of the homepage of Flutter application with decoded JSON data. 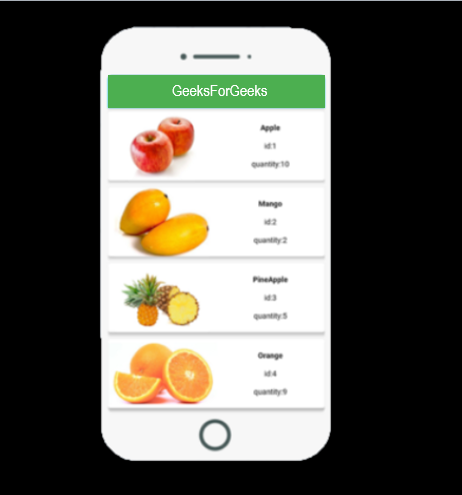 1. This statement is used to import the package as http.

2. This statement is used to convert the JSON data.

3. The following statement is used in order to handle the error code. If the response status code is 200 then we can display the requested data otherwise we can show the error message to the user. Here, you can use any URL which is taking a get() request and return a response in JSON format.

4. Following statements are used in order to decode the JSON data and display the output in a user-friendly manner. This ensures that it only accepts and extracts JSON data as per our requirements.

Now Rest API is successfully implemented in the flutter app. If you need to update, delete, or send data in the Flutter app by using the JSON file, follow the below-mentioned steps exactly the same as the step creating the request.

Since we need to send the noteID to the API, we need to update the noteID & add it to the path we are sending to the API using ‘/$id’ in put(), delete(), or post() method because we need to specify which note we are updating, deleting or sending respectively. We also need to re-fetch the notes once they are updated, deleted, or sent to display them.