Implementing PCA in Python with scikit-learn

In this article, we will learn about PCA (Principal Component Analysis) in Python with scikit-learn. Let’s start our learning step by step.

How does PCA work?

1. Import all the libraries

Load the breast_cancer dataset from sklearn.datasets. It is clear that the dataset has 569 data items with 30 input attributes. There are two output classes-benign and malignant. Due to 30 input features, it is impossible to visualize this data

Let us select it to 3. After executing this code, we get to know that the dimensions of x are (569,3) while the dimension of actual data is (569,30). Thus, it is clear that with PCA, the number of dimensions has reduced to 3 from 30. If we choose n_components=2, the dimensions would be reduced to 2. 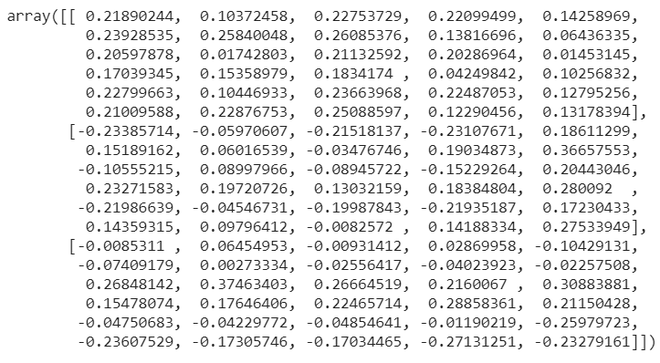 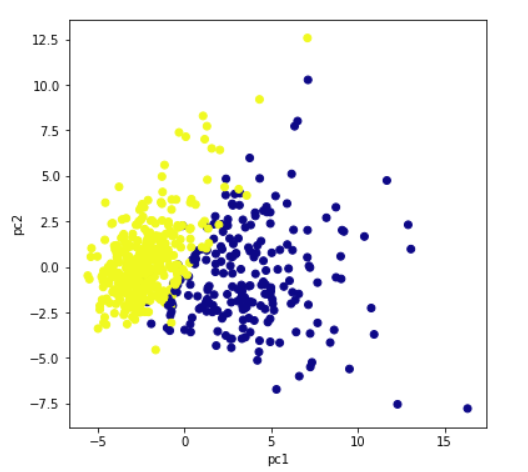 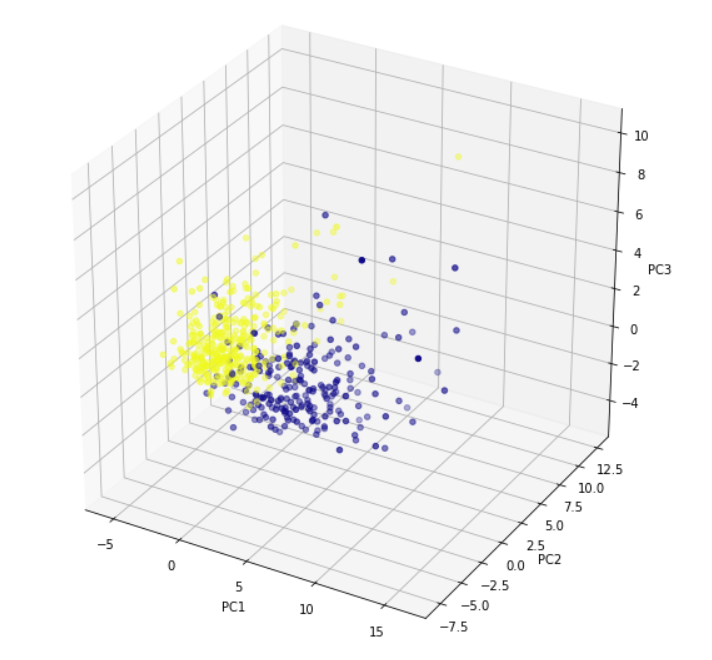 Explained_variance_ratio provides an idea of how much variation is explained by principal components.