There are certain steps involved in it:
Step 1: Draw the truth table for the given number of variable function.
Step 2: Consider one variable as input and remaining variables as select lines.
Step 3: Form a matrix where input lines of MUX are columns and input variable and its compliment are rows.
Step 4: Find AND between both rows on the basis of the truth table.
Step 5: Hence whatever is found is considered as input of MUX.

We will illustrate it with an example: 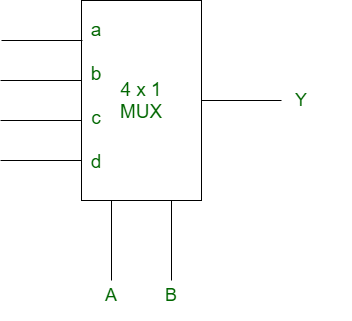 For 3 variable function, the truth table is 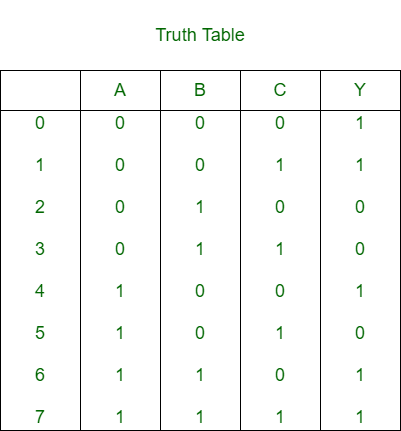 Let A and B are the select lines and C be the input, 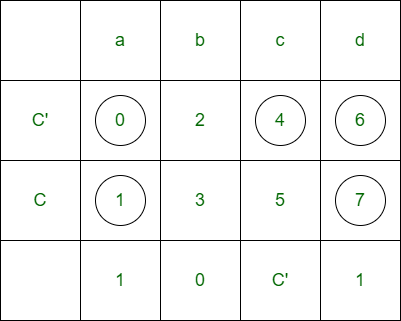 Thus, for the implementation of given logical function, required is one 4×1 MUX and and inverter. 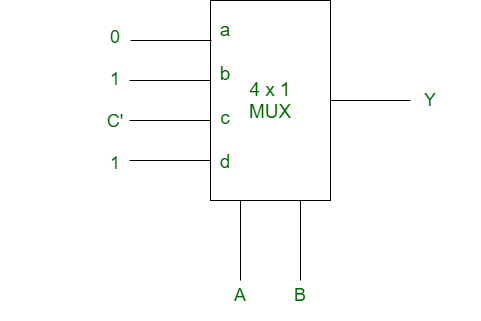