Implement enqueue and dequeue using only two stacks in JavaScript ?

In this article, we will implement queue’s operations (enqueue and dequeue) using only two stacks (in the form of plain arrays) in JavaScript. Before directly jumping into understanding the problem statement let us understand briefly what exactly a stack is and also what exactly a queue is. 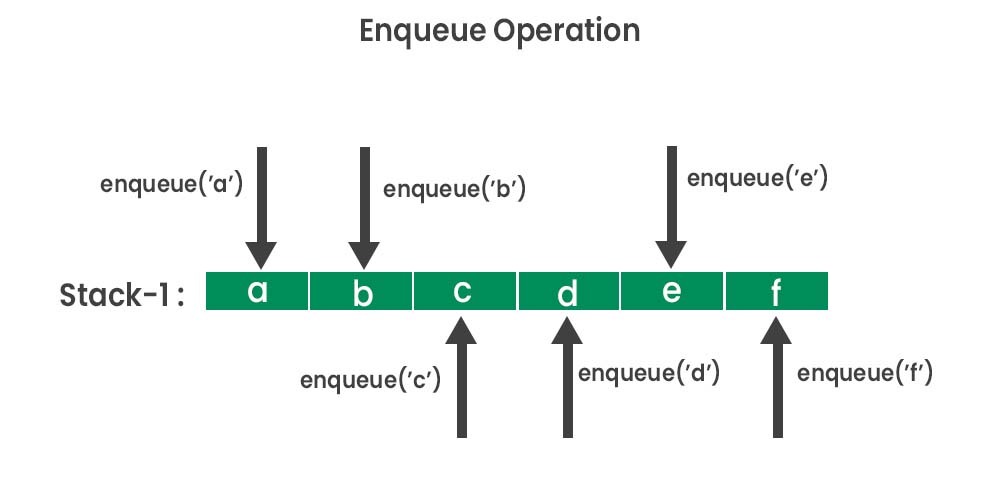 The above pictorial representation represents the enqueue operation which was being performed with several elements (like a ,b, c and so on) which are inserted into stack (declared in the form of plain array). 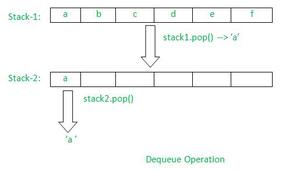 The above pictorial representation represents the dequeue operation which was being performed using several elements as well as two stacks by which we will first pop (remove) the last element from the first stack and then we will add that removed element into another stack and further remove or pop the element from the another stack. Basically removing and adding into another stack is done so that this works in reverse to what exactly stack works, or we could say reversing is done here so as to make our logic similar to queue functionality rather than working as stack itself.