Impact going to be created by Augmented Reality and Virtual reality

Prerequisite – Virtual Reality, Augmented Reality, and Mixed Reality
Virtual Reality, the meaning of virtual, which really doesn’t exist but exists through software. Then what is Virtual Reality (or) VR, an immersive technology where the user will be keeping a Head Mounted Display like Oculus Rift, HTC Vive, Samsung Gear VR completely immersed in a computer-generated environment, completely off from the Real World, immersed in that virtual world interacting with virtual objects.

Augmented Reality, the meaning of augmentation is nothing but enlarging something, enhancing the real world with virtual data or objects is said to be Augmented Reality. Snap Chat is the best AR app. Pokemon Go is the best example for AR game. INDE company is famous for creating Broadcast AR experiences.

Most people think that AR and VR technologies meant for entertainment purpose. But their perception is completely wrong.

NASA, ISRO explored for Human existence in our Solar System, in Universe, in Multiverse even in Milkyway. But there is no existence of life. And there’s a myth that Dinosaurs become extinct because of Humans invading Earth because of whose virus Dinosaurs completely lost their presence on Earth. If this was true then what is the mother planet for Humans. There’s hope created for colonizing Mars because we have people like Elon Musk. Rover is roaming on Mars alone. Now NASA came up with a plan of sending robots to Mars and controlling them by keeping Oculus Rift Headset from Earth.

Surgeons are using VR technology to get trained themselves in doing surgeries by using Haptics also.

If AR is put in criminal terms, where one can hire Dawood Ibrahim and sending one book separately and one app separately to him. If Dawood Ibrahim installs the app in his mobile and scans that book, there the destruction story will be narrated. What explained here is Marker-based AR where there will be a target image which has to be scanned through mobile. And similarly, we have Markerless AR where there is no need to use a marker, mostly used by household furniture sellers.

Coming to the story of AR and VR technology, these technologies came in the late 1970s. A man Ivan Sutherland created Sensorama to experience VR. But because of www AR, VR technology is completely suppressed. When Mark Zuckerberg purchased Oculus Rift company, the entire world focused on VR. Now again AR, VR started showing their presence in this World.

The most challenge VR technology facing today is collaboration. That’s why PUBG is not yet designed using VR technology.

Previous
Go Operators
Next
Probability and Statistics | Simpson's Paradox (UC Berkeley's Lawsuit)
Related Articles
1. Virtual Reality, Augmented Reality, and Mixed Reality
2. Find k-th bit in a binary string created by repeated invert and append operations
3. What is Extended Reality?
4. Univariate, Bivariate and Multivariate data and its analysis
5. Endian order and binary files
6. MouseListener and MouseMotionListener in Java
7. fgets() and gets() in C language
8. DFA in LEX code which accepts even number of zeros and even number of ones
9. ISRO original papers and official Keys
10. Introduction to Signals and Systems: Properties of systems
Article Contributed By : 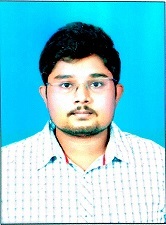