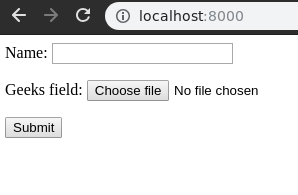 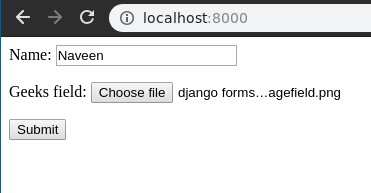 It has loaded successfully and file is saved in GeeksModel of geeks app. Above object is printed and hence instance of obj has been created.