Hello All This year due to pandemic the walk-in interviews were not feasible so had to give an online interview.

The interview for IIT GN was conducted on google meet, the management was on point as the waiting room was created so that no student had to wait for more than 10-15 minutes.

Each candidate’s interview lasted for about 15 minutes. There were 3 panelists. When I entered the meeting they asked if they were audible and then they started with the interview.

ME. told about my college, gate score and rank

P. What are your favorite subjects?

ME. DATA STRUCTURE AND ALGORITHMS

P. Asked me about how to find second minimum spanning tree?

ME. modified Kruskal’s algorithm and made a point(they found the approach to be interesting and said that they have to verify with examples)

P. Asked me about how to reverse string?

ME. explained with ease.

P .How to verify if string is palindrome?

ME. Gave them two approach one with string reversal and other with two pointers and said that latter was better approach although both have same time complexities.

P. Asked me how to find middle of link list?

ME. said with help of two pointers, where first one jumps two nodes and second one jumped one node(they were satisfied)

ME. (took one minute) then I said if link list is singly than i can use same approach as before where two pointers are used (I got confused here if the solution works/not) but then professor picked up the point I was explaining and said it is fine

P. for Dijkstra’s algorithm if edge weight is replaced with edge of same length and then BFS is applied will the algorithm work just fine or not?

ME. took me two minutes to understand the question and I repeated the question then explained about Dijkstra then said that it won’t give same answer but here they told me to think about the question in my spare time so I suppose it wasn’t the right answer 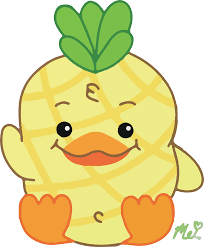