Hyper Parameters are those parameters which we set for training. Hyperparameters have major impacts on accuracy and efficiency while training the model. Therefore it needed to be set accurately to get better and efficient results. Let’s first discuss some Exhaustive Search Methods to optimize the hyperparameter. 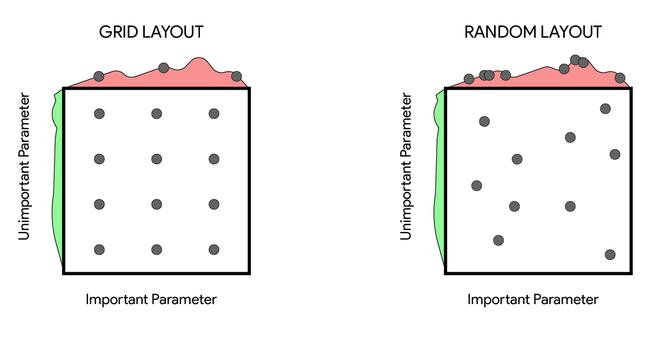 Random Search and Grid Search are easy to implement and can run in parallel but here are few drawbacks of these algorithm:

There are 5 important parameters of SMBO:

Tree Prazen Estimators uses tree-structure for optimizing the hyperparameter. Many hyperprameter can be optimized by using this method such as number of layers, optimizer in the model, number of neurons in each layer.  In tree prazen estimator instead of calculating P(y | x ) we calculate P(x|y) and P(y) (where y is an intermediate score that decides how good this hyperparameter values such as validation loss and x is hyperparameter).

In first of Tree Prazen Estimator, we sample the validation loss by random search in order to initialize the algorithm. Then   we divide the observations into two groups: the best performing one (e.g. the upper quartile) and the rest, taking y* as the splitting value for the two groups.

The two densities   and g are modelled using Parzen estimators (also known as kernel density estimators) which are a simple average of kernels centred on existing data points.

P(y) is calculated using the fact that p(y<y*)=? which defines the percentile split in the two categories.

The biggest disadvantage of Tree Prazen Estimator that it selects hyperparameter independently of each other, that somehow effects the efficiency and computation required because in most of the neural networks there are relationships between different hperparameters

Population based Training (PBT) starts similar to random based training by training many models in parallel. But rather than the networks training independently, it uses information from the remainder of the population to refine the hyperparameters and direct computational resources to models which show promise. This takes its inspiration from genetic algorithms where each member of the population, referred to as a worker, can exploit information from the rest of the population. for instance, a worker might copy the model parameters from a far better performing worker. It also can explore new hyperparameters by changing the present values randomly.