Hydrarecon – All In One, Fast, Easy Recon Tool

HydraRecon tool is an automated tool developed in the Python language which performs the task of Information Gathering and Crawling the associated links of the target domain. HydraRecon tool can gather the list of subdomains, can take a screenshot of each subdomain, and many more. The crawling module gathers the associated links, collects JavaScript files links, and also fetches the robot.txt file contents for the target domain. HydraRecon is an all-in-one tool for Reconnaissance and Crawling. This tool is available on the GitHub platform for free and is open-source to use. 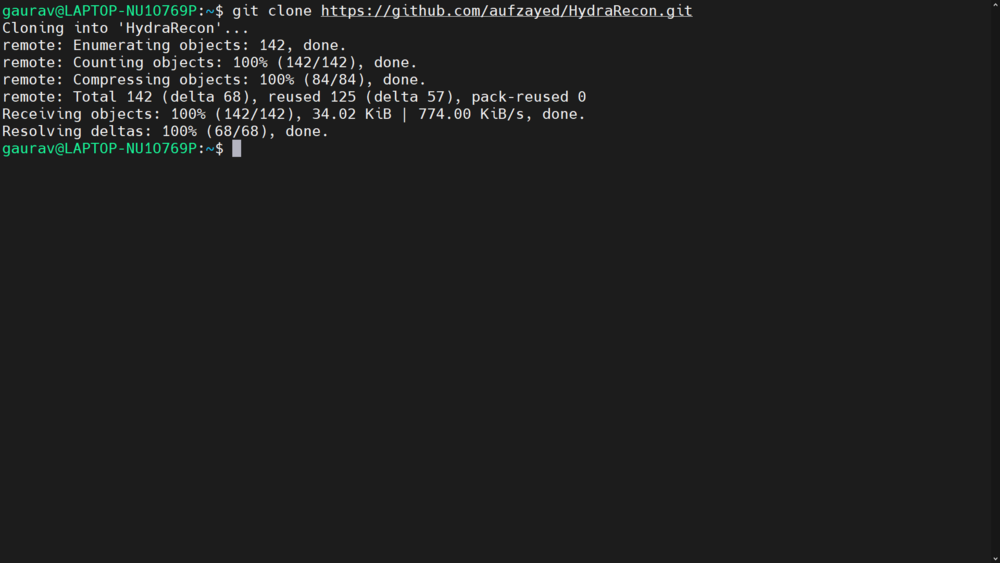 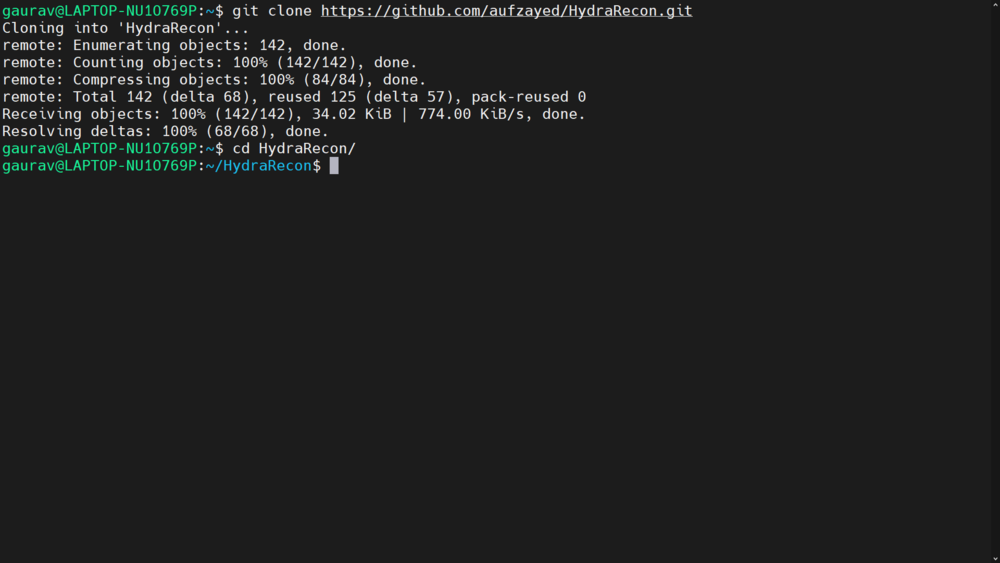 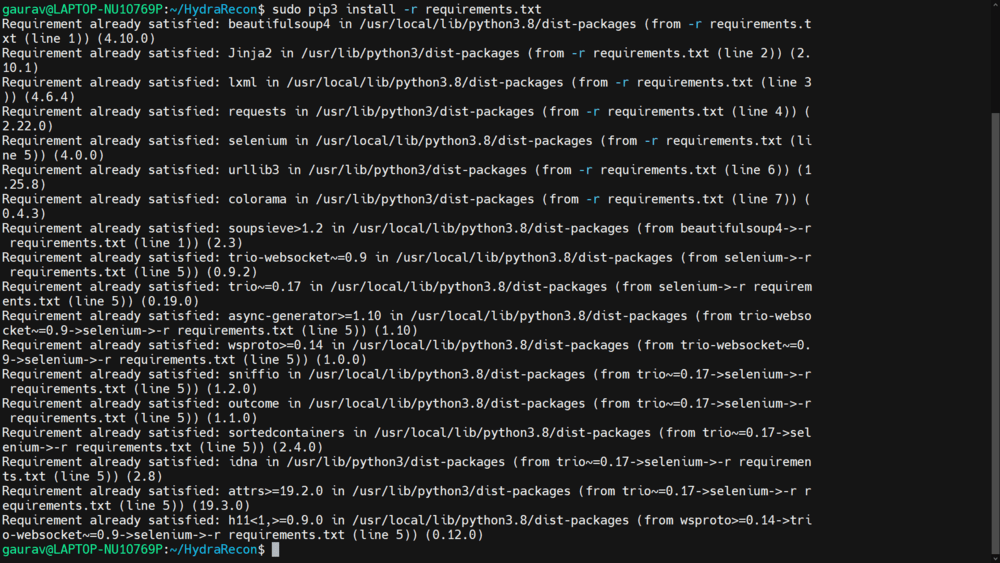 Step 4: All the dependencies have been installed in your Kali Linux operating system. 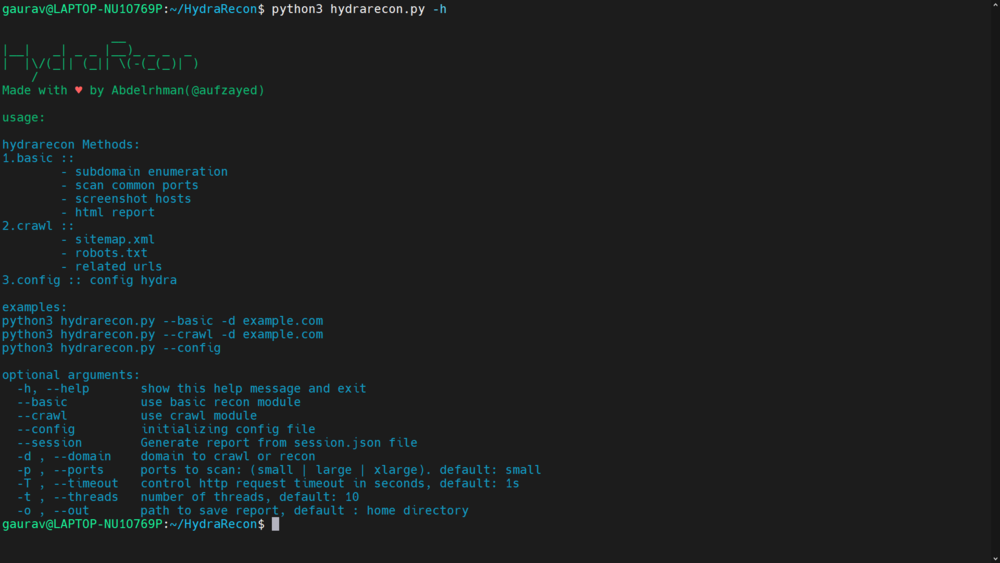 In this example, we are using the basic recon module that gathers the basic data of the target domains like subdomains, screenshots, etc. 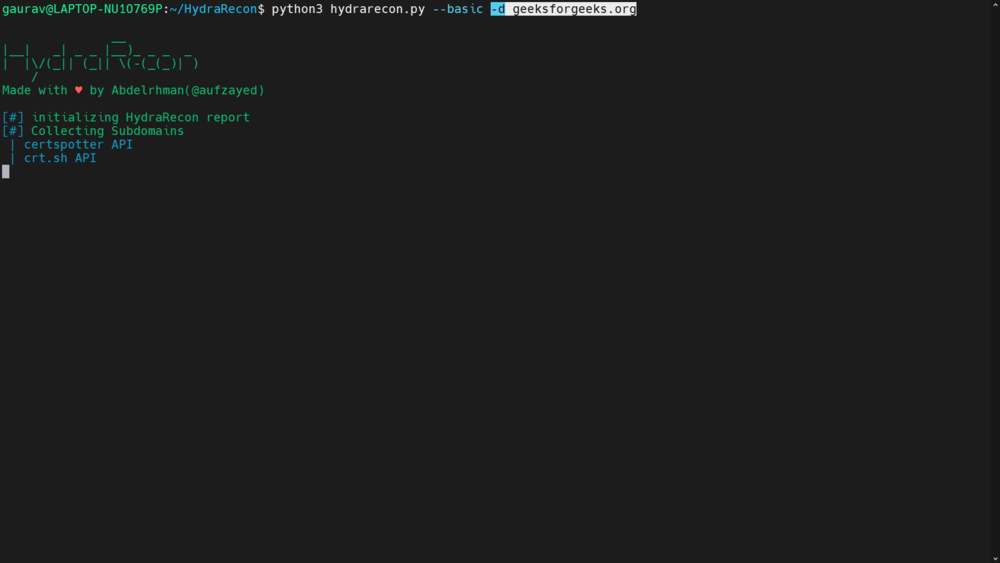 We have got the list of subdomains that are being fetched from various sources on the internet. 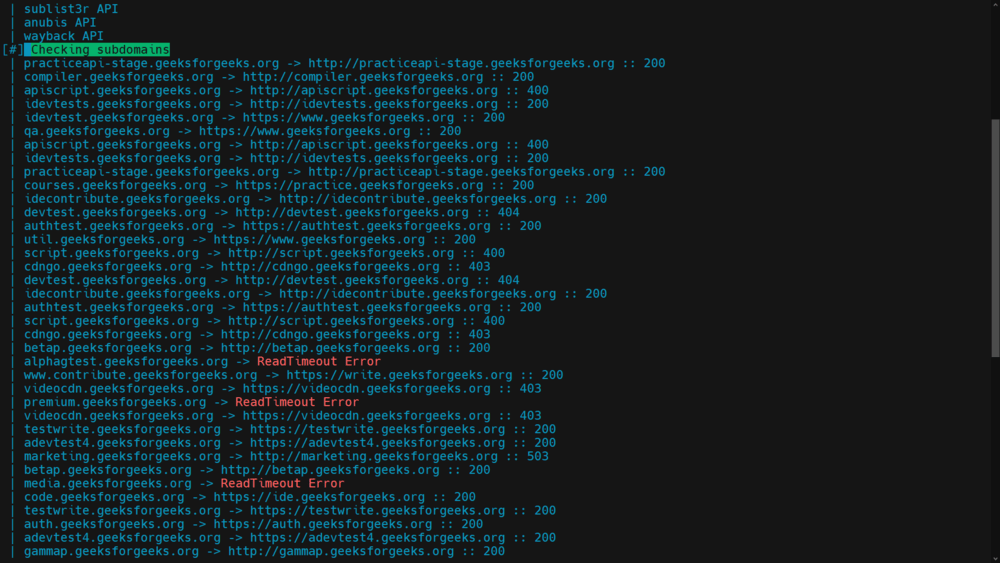 Hydrarecon tool also clicks the screenshot of subdomains to check its activeness in the internet. 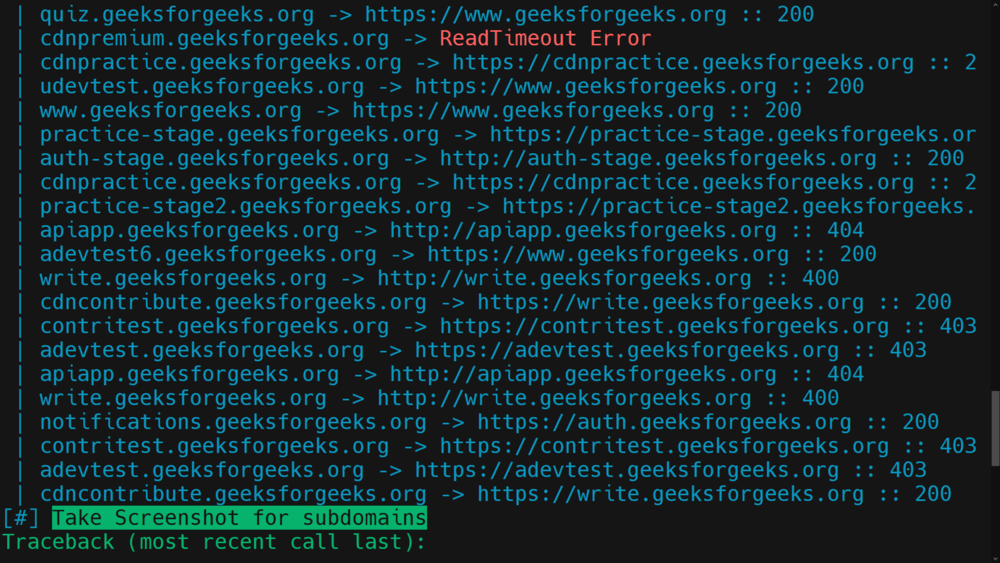 We have displayed the screenshot clicked by the tool.

We have displayed screenshot-2 clicked by the tool.

In this example, we are using the crawl module that crawls or fetched the associated URLs, robot.txt file, and many more links. 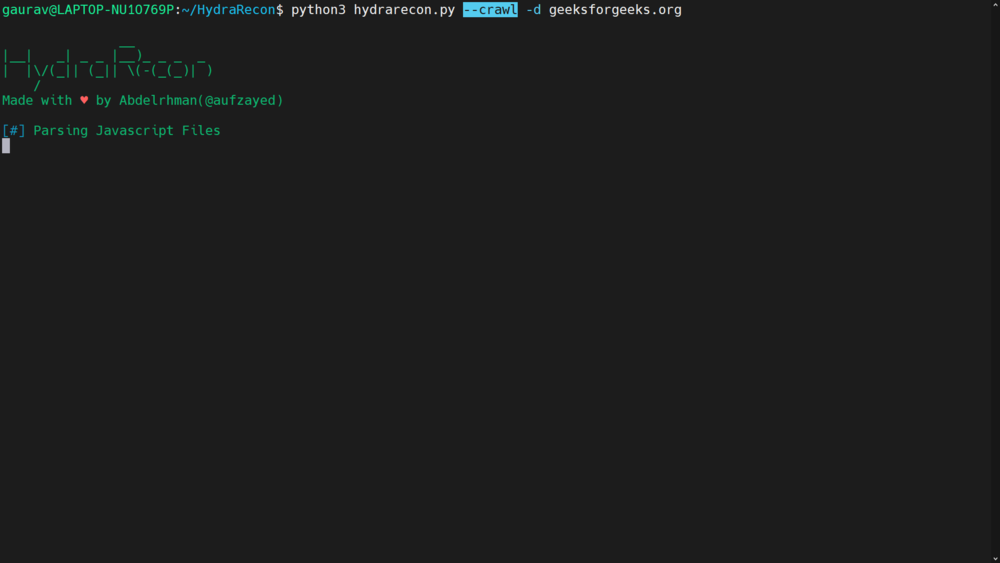 The tool is fetching the geeksforgeeks.org URLs from the internet.

We have got the associated links of geeksforgeeks.org. 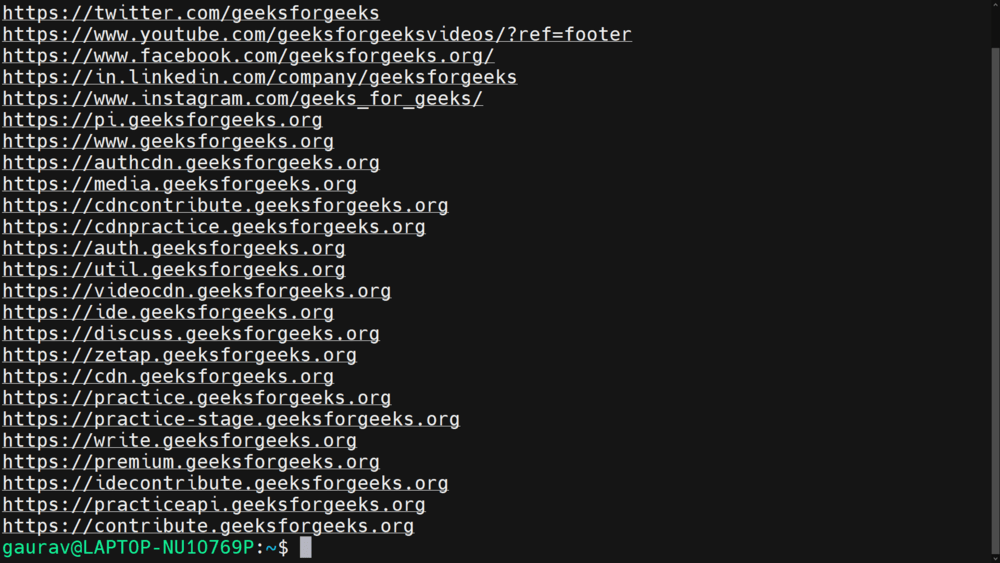 In the below screenshot, the tool has crawled the robots.txt file contents. 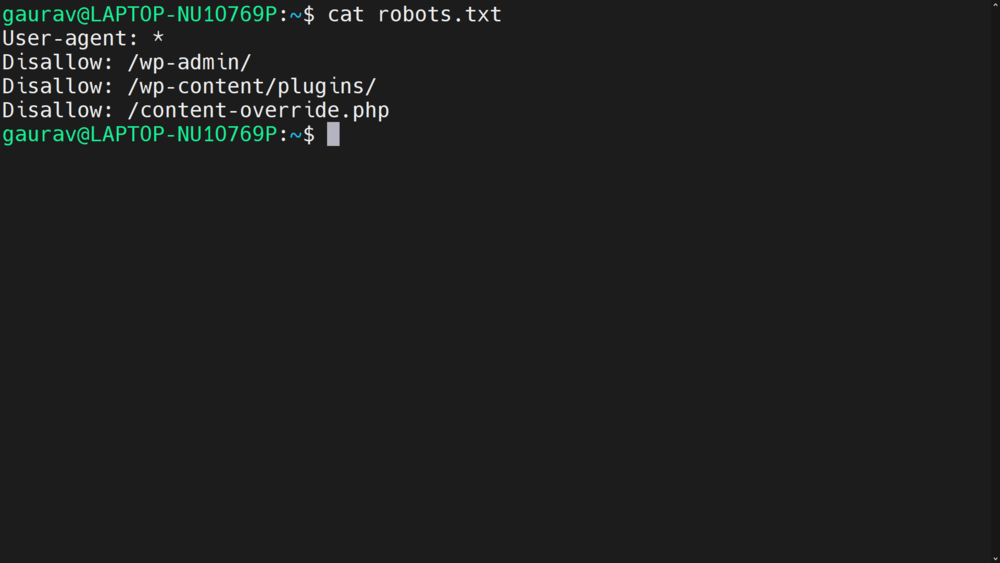