Hybrid orbitals are the new orbitals formed as a result of this process. More importantly, hybrid orbitals can be used to explain atomic bonding properties and molecular geometry. Carbon, for example, forms four single bonds in which the valence-shell s orbital combines with three valence-shell p orbitals. This combination generates four equivalent sp3 mixtures. These will be arranged in a tetrahedral pattern around the carbon, which is bonded to four different atoms.

Hybridization can be classified as sp3, sp2, sp, sp3d, sp3d2, or sp3d3 based on the types of orbitals involved in mixing. 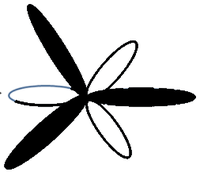 When one ‘s’ orbital and three ‘p’ orbitals from the same shell of an atom combine to form four new equivalent orbitals, the hybridization is known as tetrahedral hybridization or sp3. The newly formed orbitals are known as sp3 hybrid orbitals. These are pointed at the four corners of a regular tetrahedron and form a 109°28′ angle with one another.

It has 1s, 3p, and 2d orbitals, which combine to form 6 identical sp3d2 hybrid orbitals. These six orbitals point to the corners of an octahedron. They are inclined at a 90-degree angle to one another. 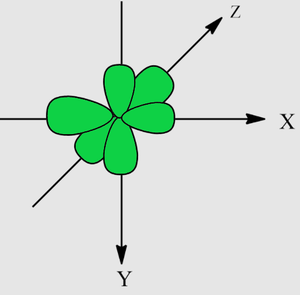 Rules for Observing the Type of Hybridisation

To understand the type of hybridisation in a compound or an ion, the following rules must be followed.

Question 1: Among sp, sp2 and sp3, which hybrid orbital is more electronegative?

The percentage of s character in sp, sp2, and sp3 hybridised carbon is 50%, 33.33%, and 25%, respectively. Because of the spherical shape of the s orbital, it is attracted evenly from all directions by the nucleus. As a result, an s-character hybrid orbital will be closer to the nucleus and thus more electronegative. As a result, the sp hybridised carbon is the most electronegative.

Question 2: What are hybrid orbitals?

Question 3: What are five shapes of hybridization?

Question 4: Why does the amide molecule look sp3 hybridized but is sp2?

If the atom is either enclosed by two or more p orbitals or has a lone pair capable of jumping into a p orbital, the general process of hybridization will change. As a result, in the case of an amide molecule, the lone pair enters a p orbital, resulting in three adjacent parallel p orbitals.

Question 5: What is Bent’s rule?