Below examples illustrate the <hgroup> tag in HTML:

Example 1: This example contains the Title and Sub-Title. 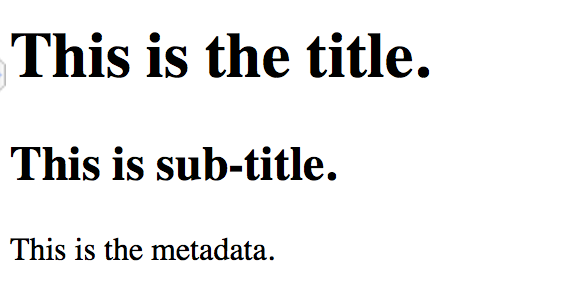 Supported Browsers: The browsers which are supported by <hgroup> tag are listed below: