Drag and Drop is a very interactive and user-friendly concept which makes it easier to move an object to a different location by grabbing it. This allows the user to click and hold the mouse button over an element, drag it to another location, and release the mouse button to drop the element there. In HTML 5 Drag and Drop are much easier to code and any element in it is draggable.
Drag and Drop Events: There are many of Drag and Drop events some of them are listed below:

The Data Transfer Object: The data transfer property is used when the whole process of Drag and Drop happens. It is used to hold the dragged data from the source and drop it to the desired location. These are the properties associated with it:

Procedure for Drag and Drop: 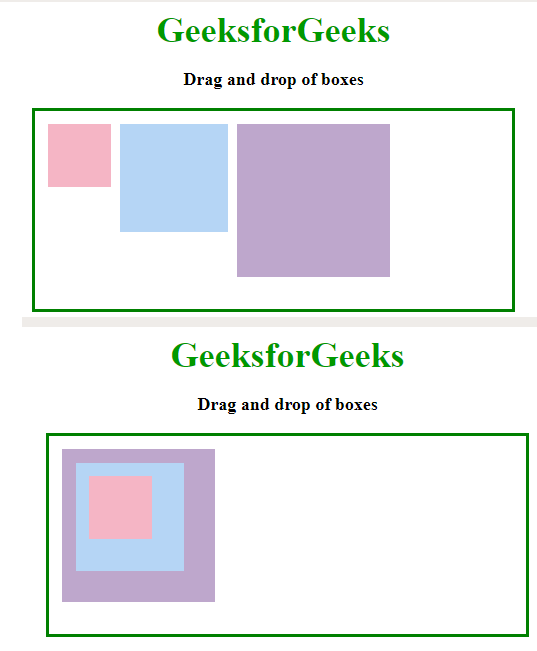 Example 2: This example illustrate the image drag and drop. 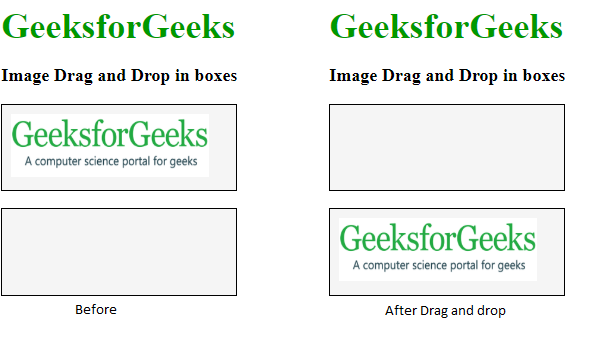