The Video seekable property is used for returning a TimeRanges object. The TimeRanges object is used for representing the ranges of the video which are available for seeking by the user.
The time-range of video which is available for seeking i.e. moving playback position is called a seekable range.
It is often possible to seek anywhere in the video even before it has been buffered if its a non-streaming video.
The Video seekable property is a read-only property.
The time ranges of object properties are:

Below program illustrates the Video seekable property.
Example: Getting the first seekable range of the video in seconds. 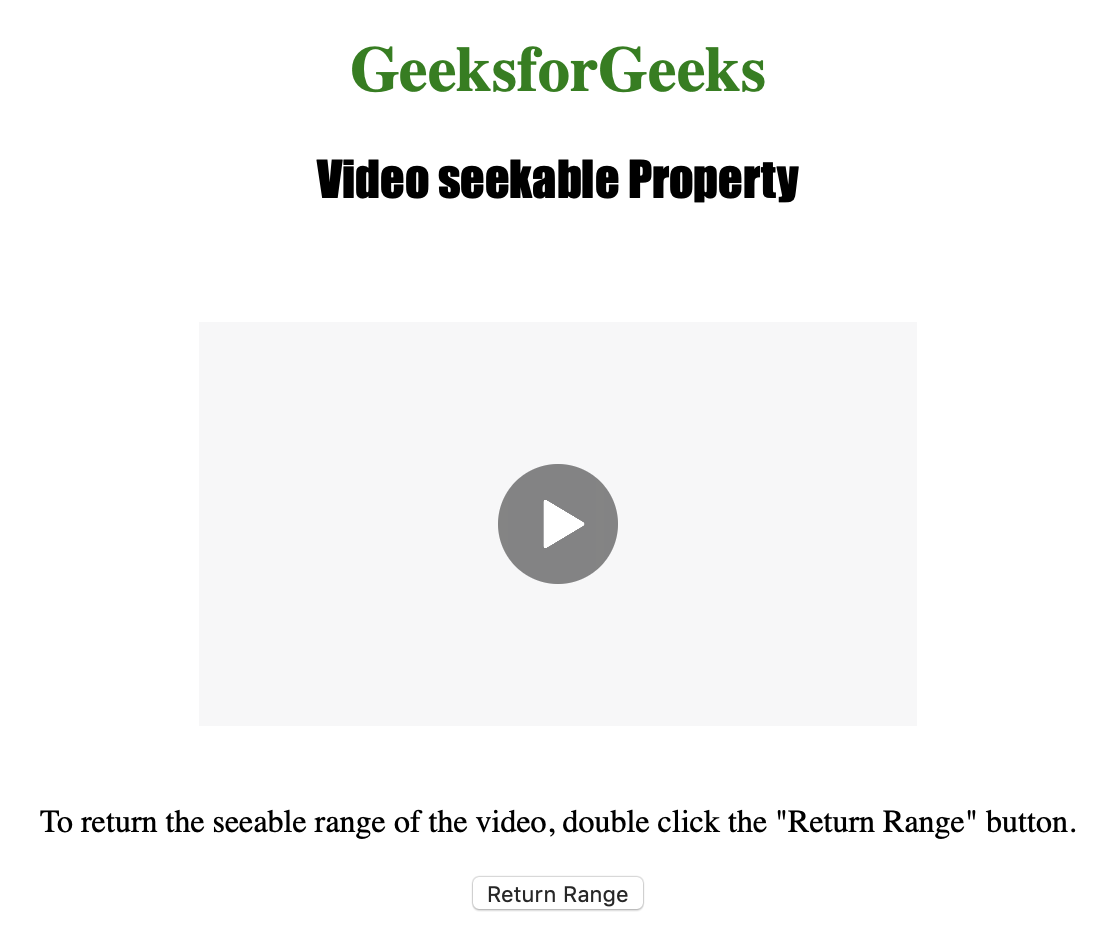 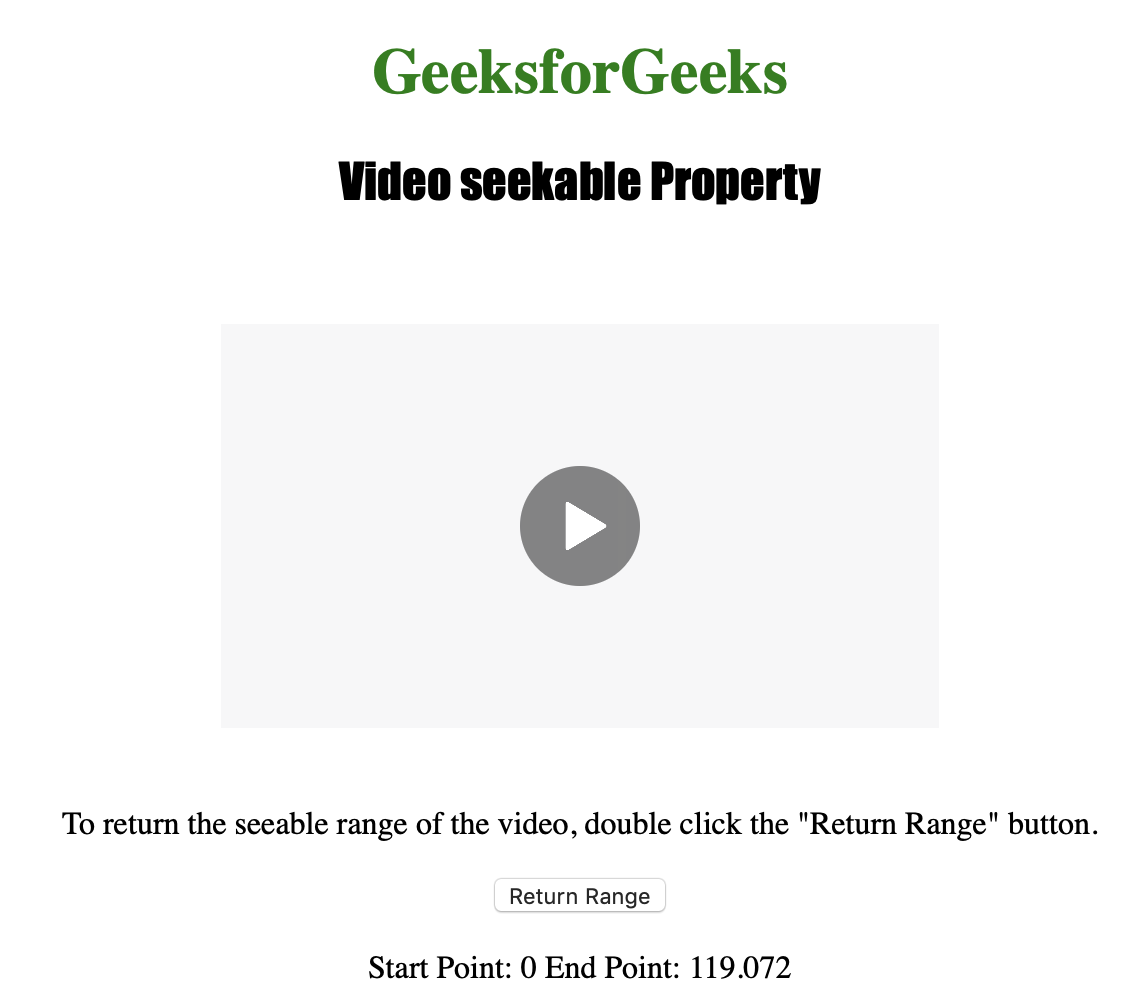